No one in Buffalo has forgotten about Lee Evans or Stevie Johnson, but considering how productive both were as members of the Bills, it does feel like the national NFL landscape overlooks both.

The Bills selected Evans with the No. 13 pick in the 2004 NFL Draft out of Wisconsin, and got a pretty tremendous return on their investment. Though he was never part of a team that reached the postseason, Evans caught 377 passes for 5,934 receiving yards in seven seasons in Buffalo. Evans' 1,292 receiving yards in 2006 were the sixth most in the league, which helped lead to a career year for the otherwise unremarkable J.P. Losman.

For three seasons, Evans was teammates with Stevie Johnson, a seventh-round pick of the Bills in 2008. Johnson wasn't much of a factor in his first two NFL seasons, but between 2010 and 2012, he accumulated 3,123 receiving yards. Like Evans, Johnson never played on a playoff team in Buffalo, but he was still quite a valuable asset for a trio of seasons.

Even if Evans and Johnson deserve more recognition, everyone remembers them as Bills. Here's five notable players that had brief stints in Buffalo that you may have forgotten about: 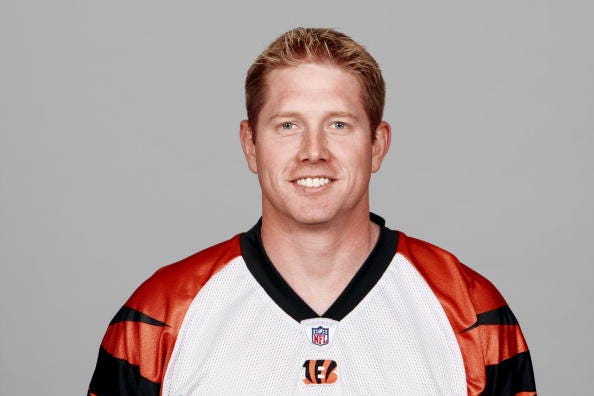 Shayne Graham had a brief stint with the Bills. Photo credit (Getty Images)

Graham played for the Bills so briefly that there's not even an available picture of him in Buffalo. Though his stints with the Cincinnati Bengals and New Orleans Saints were more memorable, Graham began what turned out to be a 15-year NFL career with the Bills in 2001. After preseason stints with the Saints and Seattle Seahawks, the Bills gave Graham his first chance to actually kick in a regular season game late in the 2001 season. In six games with the Bills, Graham hit on all seven of his extra-point attempts and six of his eight field goal tries. 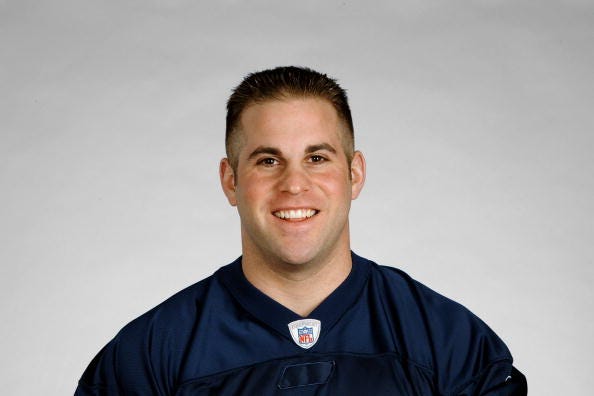 Dorenbos became a two-time Pro Bowler long snapping with the Philadelphia Eagles, one with quite an interesting story. He used someone else's high school snapping film to get a spot on UTEP's football team. He's also a magician that's been featured on America's Got Talent. Prior to stints with both the Tennessee Titans and Eagles, Dorenbos actually began his career in Buffalo, signing as an undrafted free agent with the team. He spent the first two years of his career with the Bills. 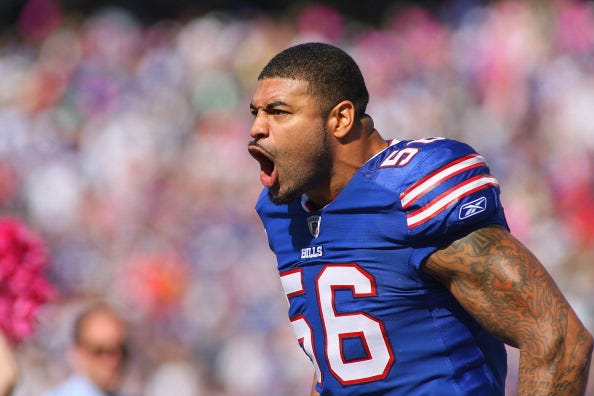 The lights went out relatively quickly, but at the height of his powers, Shawn Merriman was one of the most dominant pass rushers in the NFL. Merriman was an All-Pro in 2006, as he led the NFL with 17 sacks. Between 2005 and 2007, his first three seasons in the league, Merriman recorded 39.5 sacks for the San Diego Chargers. Unfortunately for Merriman, his knees didn't age well, limiting him to just 18 games over his final three seasons with the Chargers. Merriman was claimed off waivers from the Chargers in late 2010, but didn't play a game with the Bills that year because of an injury to his achilles. Between 2011 and 2012, Merriman played in what turned out to be the final 15 games of his career with the Bills, getting to the quarterback just twice over that span. 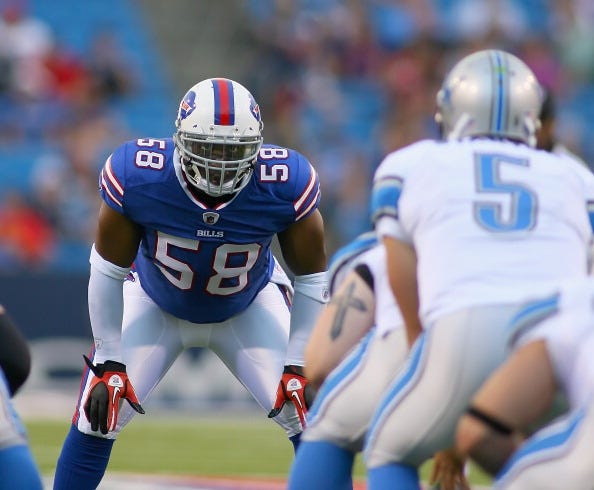 A third-round pick for the Oakland Raiders in 2005, Morrison was a tackles machine for a half decade in the organization, racking up 636 combined tackles during his time with the team. After spending the 2010 season with the Jacksonville Jaguars, Morrison signed a free-agent deal with the Bills. Morrison would spend parts of what ended up being the final two seasons of his NFL career in Buffalo, posting just nine tackles. 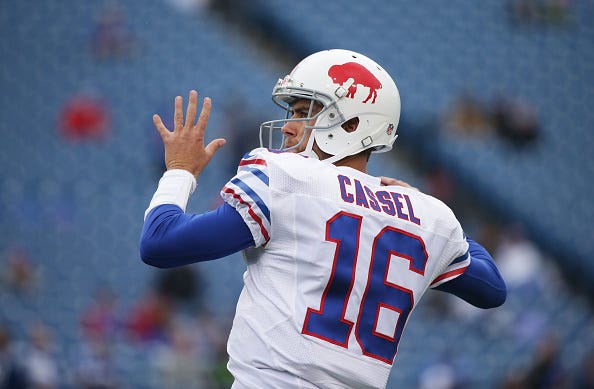 Cassel is arguably most remembered for replacing Tom Brady on the New England Patriots in 2008 after Brady tore his left ACL. In Brady's absence, Cassel managed to lead the Patriots to a 10-5 record, which led to the Kansas City Chiefs trading for him ahead of the 2009 campaign. Cassel made a Pro Bowl and started for parts of four seasons in Kansas City. After playing for the Chiefs, Cassel spent the 2013 and 2014 seasons with the Minnesota Vikings. Cassel was traded to the Bills in March of 2015, but was only with the team for one game that season before being traded to the Dallas Cowboys.