Things looked bleak for the Dallas Cowboys after Week 1. They lost 19-3 to the Buccaneers and lost Dak Prescott as well. However, Cooper Rush has been thrust into the spotlight and led the Cowboys to three straight wins.

Dallas beat the Bengals 20-17, Giants 23-16, and the Commanders 25-10 last week. Those have been relatively easy opponents with the Super Bowl runner-ups having a slow start to the season. Now they’ll face their toughest test yet this week in Los Angeles against the reigning Super Bowl champions.

Carl Dukes and Brian Baldinger of the Audacy Original Podcast “In The Huddle” discussed Dallas’ start and explained why they’re capable of beating the Rams this week.

“Cowboys come in with Cooper Rush this weekend. Here we go again. I don’t know when Dak’s coming back, but the Cowboys are staying relevant even with the backup in there,” Dukes said (18:10 in player above). “Can Cooper Rush go into LA and win again this weekend?”

“He can. There isn’t a better defense in the NFL than the 49ers. They’re the best. They play coordinated. They play fast. They physically beat you up. They’re eight deep on the defensive line. (Talanoa) Hufanga is an absolute star. Fred Warner is the quarterback of that defense. The Rams couldn’t find the end zone once,” Baldinger said.

The Rams are coming off a 24-9 loss to the 49ers in a game that they failed to score a touchdown. San Francisco has the best defense in the NFL, but the Cowboys aren’t far behind.

“The thing about the Cowboys is they’re not as good as the 49ers, but they’re as fast as the 49ers. The Cowboys fly. They have speed and they have freak athletes,” Baldinger continued. “It’s not just Micah (Parsons). It’s Donovan Wilson. It’s Leighton Vander Esch healthy. Tank Lawrence is back to being Tank Lawrence. They fly to the football and they got playmakers everywhere. They can give the Rams a lot of problems because of their speed.”

Baldinger likes what he sees out of the Cowboys’ offensive style with Rush under center. The Cowboys are playing a protect-first style of offense to limit the hits that the quarterback takes and how much pressure he is under. Baldy went on to say that the Cowboys should keep doing that when Prescott is back as well.

“I think it will benefit Dallas long-term if they play like that. Cooper Rush has benefitted from it, Baldinger said. “Dallas can go in there to Los Angeles, they’re capable of winning this game.” 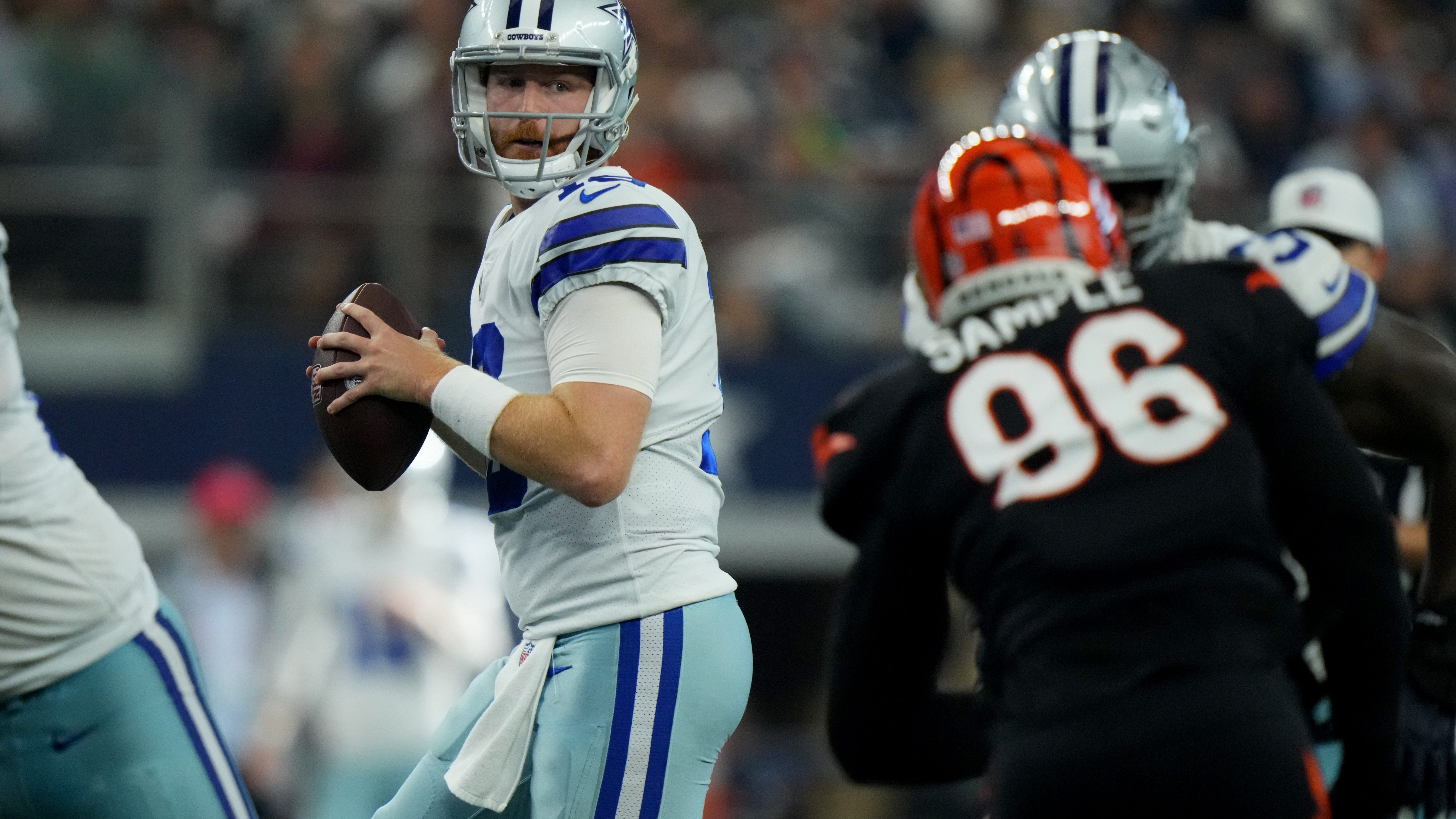 Love of the Star: How ready is Cooper Rush to take on the defending champs?