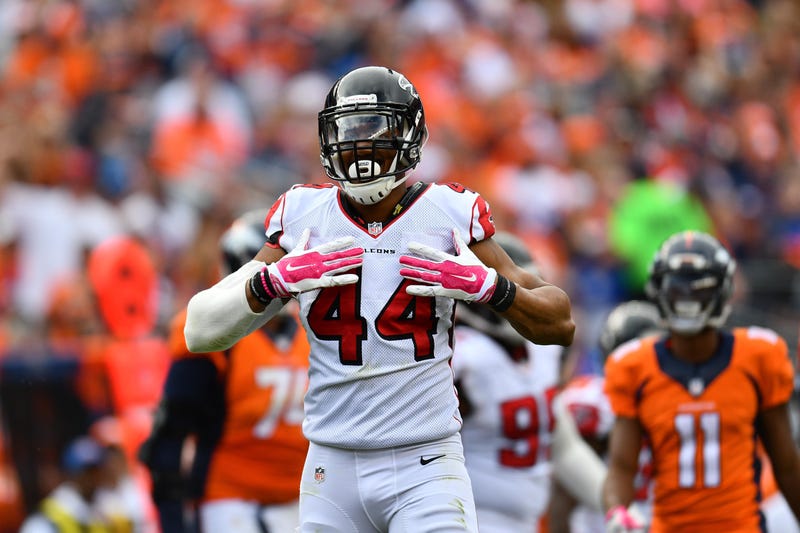 Falcons Head Coach Dan Quinn joined Dukes & Bell to talk about the upcoming draft next week, plus Coach explains why the team picked up the fifth year option on Vic Beasley.

Coach Quinn talked about how much he enjoys the lead up to the NFL Draft.

“I absolutely love this time of year.” Quinn said “There’s a number of spots we can address with nine picks coming up, the good news is we have a really good team, we need to sure some spots up but there are no real gaping holes. When you go thru the board some of the fun part is going player vs player and not always at the same position, and I always try to find the guys who can help the team the most.”

DQ told the guys why you don’t pick a player based on just talent.

“I think the biggest thing is finding the best fit.” Quinn said “If it’s the right guy it is the best guy, so to me that’s the real picture when a player gets on  your team how would you feature him, I think the best fit is really important because if you go on talent alone you can miss stuff.”

Coach talked about the type of player he targets in the draft.

“As you’re going through and you get in the draft there’s not just one player you’re targeting. A few years ago we drafted Keanu Neal at safety, we really wanted his toughness at safety, it was so clear how he would fit on our team, finding the right person at the right spot in the draft is perfect. I love guys who love to attack, that’s always at the forefront of my mind, is how are they going to go attack.”

When asked why the team extended Vic Beasley.

“When you extend someone, number one you believe in the player, I think he’s going to have a hell of a year.” Quinn said “When I took over the role as defensive coordinator there are a number of things that are changing on our defense and how we will feature players and some of the calls we will try to do differently. I went thru the last six years of my life defensive life from to Seattle to Atlanta and I threw it into one big cut of thousands of plays and I looked at the trends from what we did then to what we can do now and what things we can do to offenses and attacking them, it is my hope and belief that Vic among others can raise their game.”