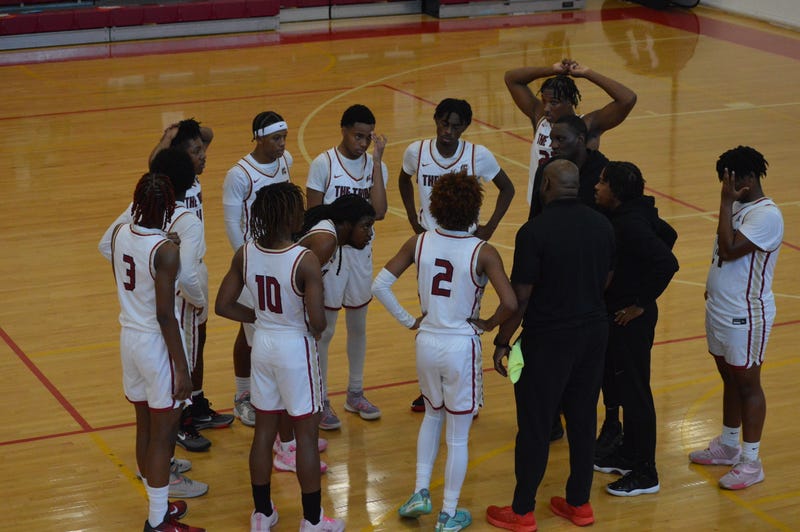 On Friday, the annual “Hard In The Paint” boys basketball showcase kicked off as teams from around the Georgia and the metro Atlanta area made their way to Maynard Jackson High School for the two day event. The day got started with an impressive 74-24 win by the Lakeside Vikings over the Carver-Atlanta Panthers, as Lakeside improved to 2-2 on the season with the win.

The second game of the day featured the Creekside Seminoles (0-2) and the KIPP Warriors (0-1) as both teams looked to pick up their first win of the season. The game would remain close for just a few moments early on after the two exchanged a couple of baskets and after KIPP’s Harris would give them an early 4-3 lead, the Seminoles would close out the opening quarter on a 25-3 run to lead 28-7 heading into the second quarter.

Credit Creekside’s defensive play for their early dominance as they would continue to increase their lead and thanks to a 21 point first half performance by Davion Brown, the Seminoles would go up by 34 points by halftime, leading 52-18, and would go on to pick up the 77-55 win. “That was our intentional game plan, to let our defense get going,” Creekside head coach Anthony McKissic Sr. said after the win on Friday. “We’ve been known as an offensive team, but we want to make sure we state our identity, which is playing defense 32 minutes, 84 feet full court press,” McKissic said of the Seminoles play against the Warriors on Friday and what they hope to continue as they season progresses.

“I think it gives us the confidence they need as young men. We started off the season with two pretty big plates to eat off and it was a good measuring stick, but now we can see where we are after playing a team that was more evenly matched and kind of get some insight on where we need to go for the rest of the season,” McKissic added.