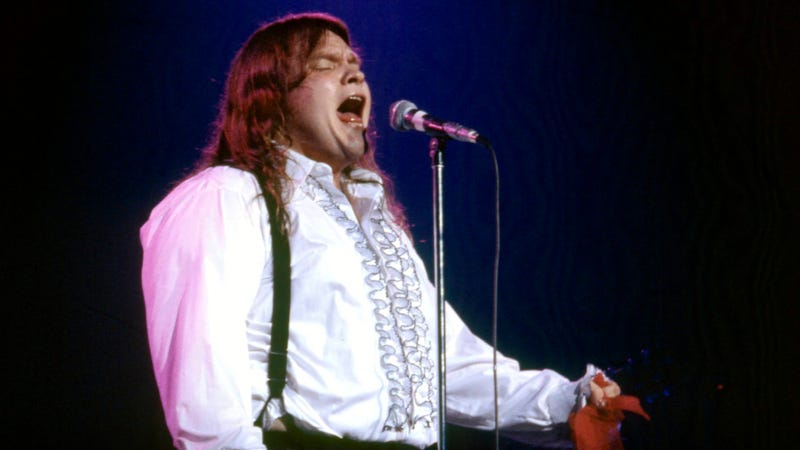 Meat Loaf has died at the age of 74. The GRAMMY-winning singer and The Rocky Horror Picture Show actor's death was confirmed by his family on Thursday.

Born as Michael Lee Aday, his family announced his death on his personal Facebook page, sharing, "Our hearts are broken to announce that the incomparable Meat Loaf passed away tonight surrounded by his wife Deborah, daughters Pearl and Amanda and close friends."

In addition to his over 100 million albums sold, Aday starred in over 65 movies.

"We know how much he meant to so many of you and we truly appreciate all of the love and support as we move through this time of grief in losing such an inspiring artist and beautiful man," his family continued. "From his heart to your souls…don’t ever stop rocking!"

Our hearts are broken to announce that the incomparable Meat Loaf passed away tonight surrounded by his wife Deborah,...

More than 45 years after its release, Meat Loaf's first album, Bat Out of Hell, still sells an estimated 200,000 copies a year and was on the charts for nearly ten years, making it one of the best-selling albums in history. Featuring “Two of Three Ain’t Bad” and “Paradise by the Dashboard Light,” the album is platinum fourteen times over, and is thought have sold over 30 million units worldwide.

Meat Loaf would once again connect with composer Jim Steinman for Bat Out of Hell II: Back Into Hell in 1993, making an amazing resurgence with the number one single, “I’d Do Anything for Love (But I Won’t Do That)”

Aday was born in Dallas in 1947 and graduated from Dallas Jefferson High School in 1965. No cause of death or funeral service plans have been mentioned at this time.