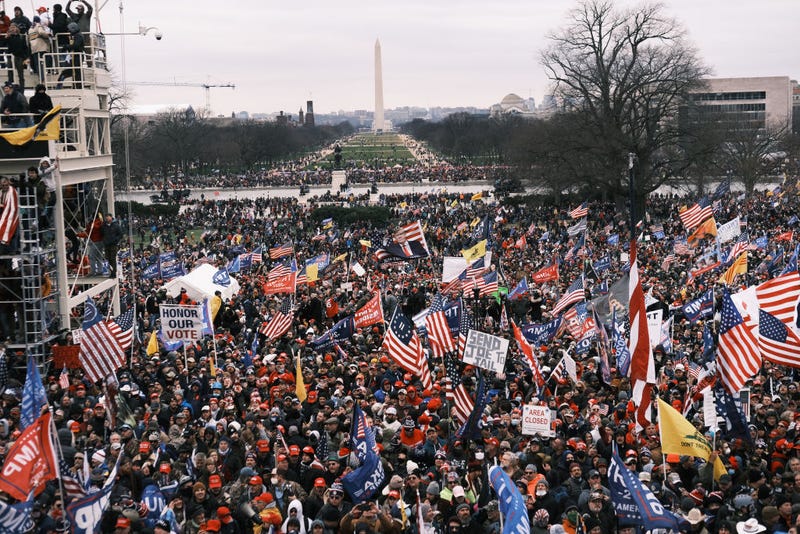 SANTA ANA (CNS) — An Orange County man was arrested on charges related to the Jan. 6 attack on the Capitol, including unlawful entry, disorderly conduct and demonstrating in a restricted government building, according to court papers obtained Friday.

Michael G. McCormick, 51, of Orange, was charged last month in the District of Columbia after he was allegedly identified in widely circulated photographs and videos of people taking part in the attack, court documents show.

Podcast Episode
KNX All Local
More than 100 LA City firefighters are off the job until they get vaccinated ; LAX launches a rapid virus test site for international travelers; Gas prices are trending down
Listen Now
Now Playing
Now Playing

McCormick was matched to images of a man wearing a blue puffer jacket and "Trump 45" winter hat of the same color inside the Capitol during the breach, an affidavit filed with the criminal complaint alleges.

Information provided by American Airlines confirmed "Mike McCormick" flew from Santa Ana to Washington, D.C. prior to Jan. 6, 2021, and returned the day after the attack, the document states. A mobile device associated with his phone number was also allegedly present at the Capitol that day, according to the document.

Prosecutors allege that when McCormick entered the Capitol, he held up his cellphone, recording videos that were subsequently obtained by law enforcement. Stills from an 11-minute video allegedly filmed by the defendant as he walked through the restricted building were included in court documents.

McCormick was apparently arrested sometime last month in his hometown. It was not immediately known when he is expected in the District of Columbia for arraignment.

In the 10 months since Jan. 6, more than 675 individuals — including dozens of California residents — have been arrested in nearly all 50 states for conspiring to attack Congress in order to stop the final certification of Joseph R. Biden Jr.'s Electoral College victory. More than 210 individuals were charged with assaulting or impeding law enforcement. The investigation remains ongoing.