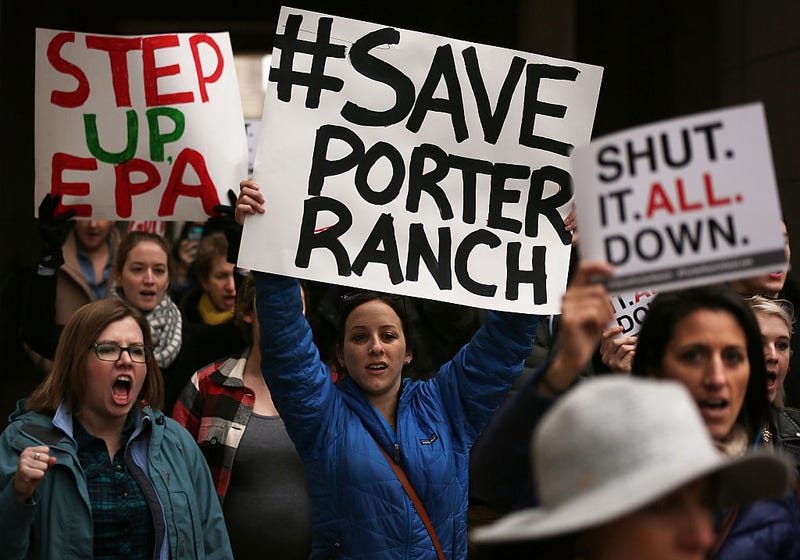 More than half a decade of litigation has ended with a settlement between two Southern California gas utilities and more than 35,000 victims of a 2015 gas storage facility failure near Porter Ranch and Aliso Canyon, plaintiffs’ attorneys announced Monday.

Victims of the Aliso Canyon gas leak alleged they suffered personal injury and property damage after one of SoCalGas’ natural gas storage wells failed disastrously, releasing 100,000 tons of methane and other substances into the area atmosphere over 118 days.

Health concerns connected with the gas leak forced thousands of Aliso Canyon residents to move out of the area into temporary housing. Returning residents have since complained of health issues from reported exposure to benzene, uranium, crude oil and other carcinogenic substances released into the immediate environment by the leak.

SoCalGas, along with co-defendant energy infrastructure company Sempra, has denied negligence in connection with the leak. However, the two companies have agreed to pay out up to $1.8 billion to plaintiffs.

“Our goal has always been obtaining justice for the men, women and children who were failed by SoCalGas throughout every turn of this catastrophe," a statement released by plaintiffs’ attorneys read. "This settlement, and the numerous discovery sanctions imposed by the court, hold Sempra and SoCalGas accountable for the Aliso Canyon blowout and their repeated misconduct throughout this litigation.”

That alleged misconduct concerned the wrongful withholding of over 150,000 documents by the defense, which a judge rebuked as “willful, intentional and in bad faith.”

Lawyers for SoCalGas and Sempra were sanctioned more than $5.7 million over the withholding, one of the largest discovery sanctions recorded in state history.

It also called for the utility to adopt new reporting policies for actual and potential hazardous leaks to government agencies, as well as training courses on alert procedures for all utility employees who work at natural gas storage sites in L.A. County.