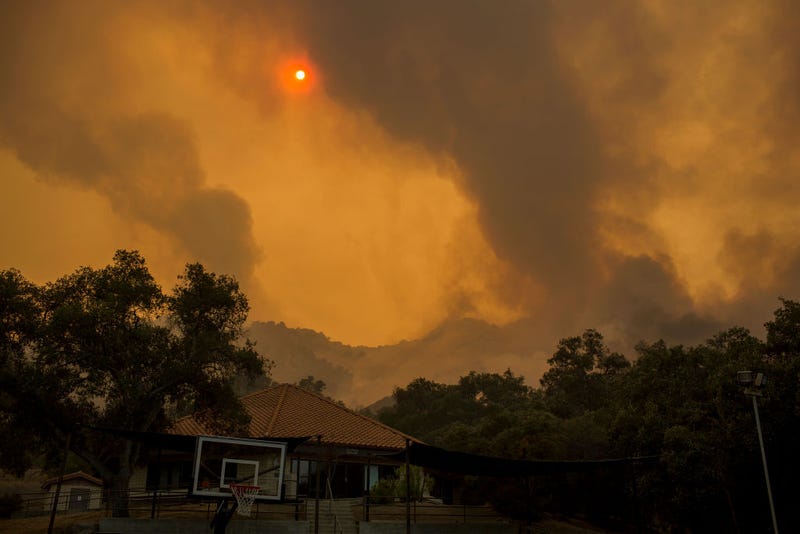 A new peer-reviewed study of the effects of the 2018 Woolsey Fire has found that high levels of radioactive particles landed in L.A. County neighborhoods as a result of the blaze.

The study's findings, published in the Journal of Environmental Radioactivity, ran contrary to what the California Department of Toxic Substances determined in the fire's aftermath: "We do not believe the fire has caused any releases of hazardous materials," the agency said in a 2018 statement.

"They said that contamination hadn't migrated away from Santa Susana and the study proves that it has," she said, referring to the Santa Susana Field Laboratory, a nuclear research facility laboratory in Simi Valley that was partially scorched and damaged by the fire.

The study team was led by Dr. Marco Kaltofen, an environmental scientist and civil engineer who has overseen research of nuclear fallout accidents such as that which occurred in Fukushima, Japan in 2011, in collaboration with Fairwinds, an energy education nonprofit.

Our latest paper on radioactive material release during the 2018 Woolsey wildfire is open access for a month courtesy of J. Env. Rad. https://t.co/bu2eukZyMQ

Kaltofen and colleagues collected samples of ash, dust, and soil from neighborhoods in the fire zone, within a radius of 10 miles from Santa Susana. Eleven of the samples collected indicated elevated levels of radioactive material.

"The data left very little doubt," Kaltofen told NBC Los Angeles on Friday. "Radioactive contamination from [Santa Susana] was spread into some of the outlying communities during the fire."

Health officials have sounded the alarm on lingering post-fire health effects for those residing in the vicinity of Santa Susana.

"If the wind is blowing and carrying radiation from Santa Susana, it doesn't stop because there's a fence," aid Dr. Robert Dodge, board member of the nonprofit Physicians for Social Responsibility. "There's absolutely a link between radiation and cancer."

"Clean up of [Santa Susana] is of critical importance to the residents of Los Angeles and Ventura counties," the letter read. "It is imperative that the clean up eliminate the potential significant health and safety risks for people who will continue to live nearby and those who will be using the site in future years."

The lawmakers told EPA Secretary Jared Blumenfeld that California's congressional delegation was prepared to ensure NASA and the federal Department of Energy were ready to intervene to advance "the necessary clean up," and requested updates from the agency on ongoing state efforts and enforcement.

A spokesperson for the DTSC said Friday the agency had only just been made aware of the Fairwinds study and subsequently declined to comment on the content for the time being.

"However, DTSC released a final report in December 2020, which confirmed that data from multiple lines of evidence did not identify a release of contaminants" from the lab, the spokesperson said.

Boeing, the current owner of the lab, also declined to comment on findings uncovered by Kaltofen's team.

"The state of California did an extensive report as you mentioned, so we don't have a position on that study," a spokesperson told NBC Los Angeles on Friday. 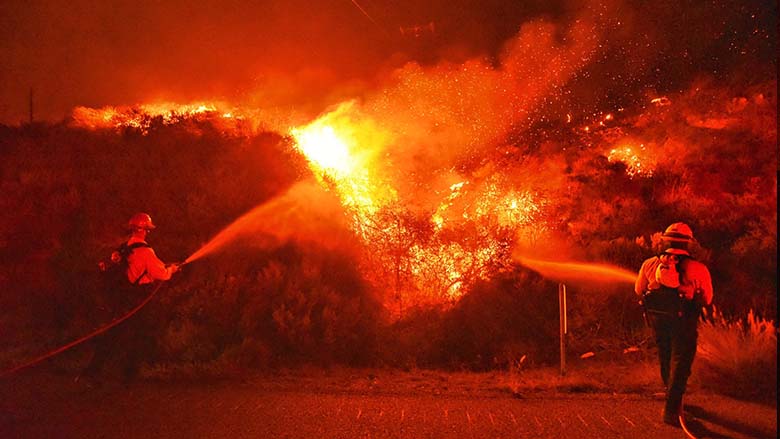