Jon Bon Jovi didn’t stop at just opening community restaurants to feed those in need, he’s putting in some time at them too.

The Bon Jovi frontman was photographed washing dishes at one of his JBJ Soul Kitchens. The restaurant posted the pic on Instagram with the caption: “If you can’t do what you do... do what you can!”

The Soul Kitchens do not have prices on their menus. Diners are encouraged to pay $12 for a three course meal and can give more if they want to pay it forward to those who can’t afford to eat.

The newest location opened at Rutgers-Newark in January. Bon Jovi’s wife, Dorothea, was the driving force behind the idea. She said students should not have to worry about where their next meals are coming from with everything else that is on their minds.

Bon Jovi is set to release their 15th studio album, 2020, on May 15th. The second and third tracks on the LP, “Unbroken” and “Limitless,” have already been released. 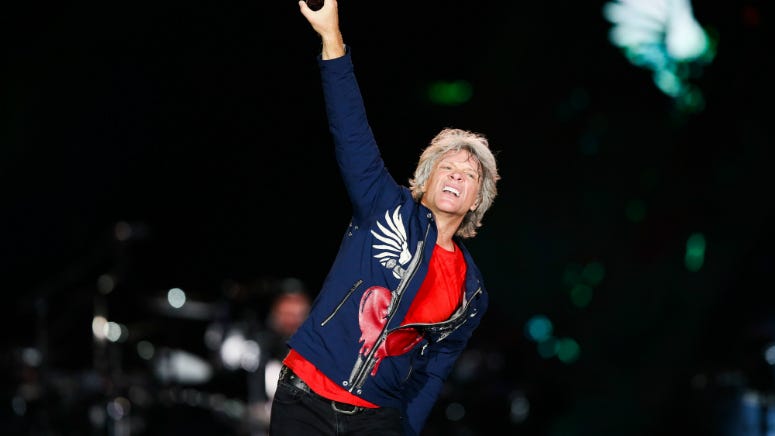 news
Moderna dice que tercera vacuna de refuerzo pudiera estar lista en el otoño
sports
Jameis Winston: ‘I went from being the No. 1 draft pick to everybody laughing at me’
sports
What back-end starting additions could the Phillies consider?
music
Addison Rae is 'single' despite Twitter meltdown from ex Bryce Hall
news
3 shot, 1 fatally at New York Stop & Shop; police identify person of interest
sports
Ryan Fitzpatrick sent Alex Smith a text after his injury that made him feel like 'biggest a–—– ever'