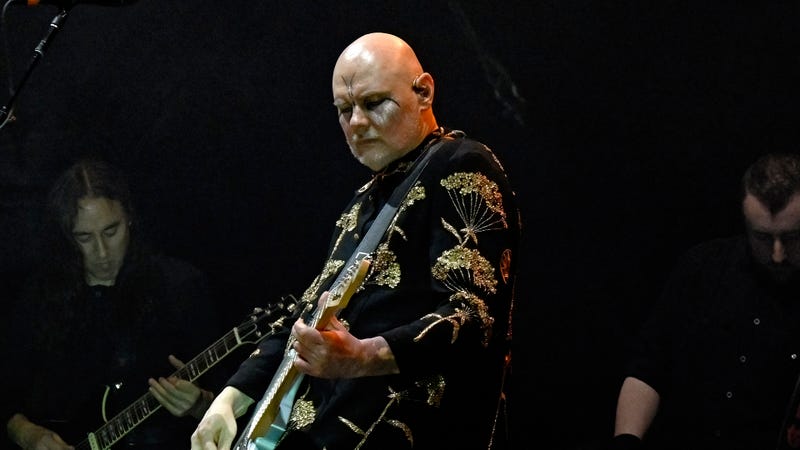 Audacy hosts Klein & Ally from KROQ in Los Angeles got a chance to talk with The Smashing Pumpkins' frontman Billy Corgan while backstage before the band's performance at BeachLife Festival on the sunny California shore on Saturday, May 14.

Happy to finally be back out in front of fans, Billy says it's nice to see crowds smiling as The Pumpkins get back to playing music. "You know, sometimes people take music for granted, included musicians, and I think we all come back to these situations now with a deeper sense of gratitude and a sense of the moment. That's really the way music should be anyway, so I think it's a good reality check."

Corgan adds, "I feel like music's in for another sort of beautiful run, particularly Rock music -- there's something about shaking the bones a bit -- and yeah, so I feel really great. It's one of the best times ever in the band and we're just really, I guess, positive -- which is a weird word for us, we're not necessarily known for our positivity -- but inside the camp it feels very positive." 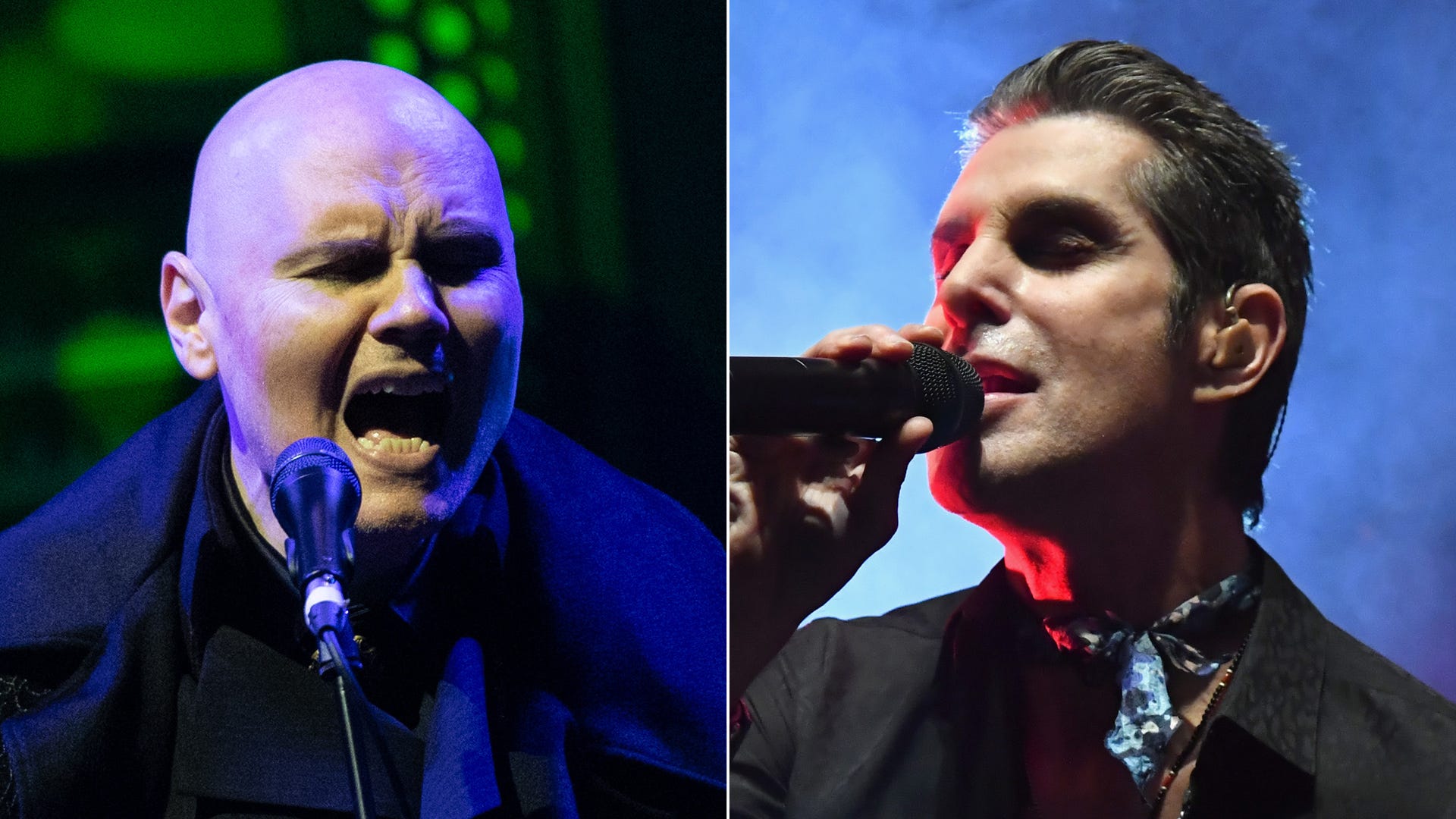 Following their 18-date Rock Invasion 2 outing which wraps at the end of May, The Smashing Pumpkins will be heading out on the road again, this time hitting arenas nationwide with special guests Jane's Addiction. Grab your tickets right HERE -- and check out a full list of scheduled dates.

"We wanted to do a 'Mellon Collie' anniversary tour," Corgan admits, "right around the time the pandemic was kicking in, so all that got pushed aside. Then we put out the 'Cyr' album... in the middle of the pandemic, so you can't really play shows, you can't do anything fun like you normally would do. Then we went back and did another record -- which is the album that's still coming out yet -- a 33-song concept record." 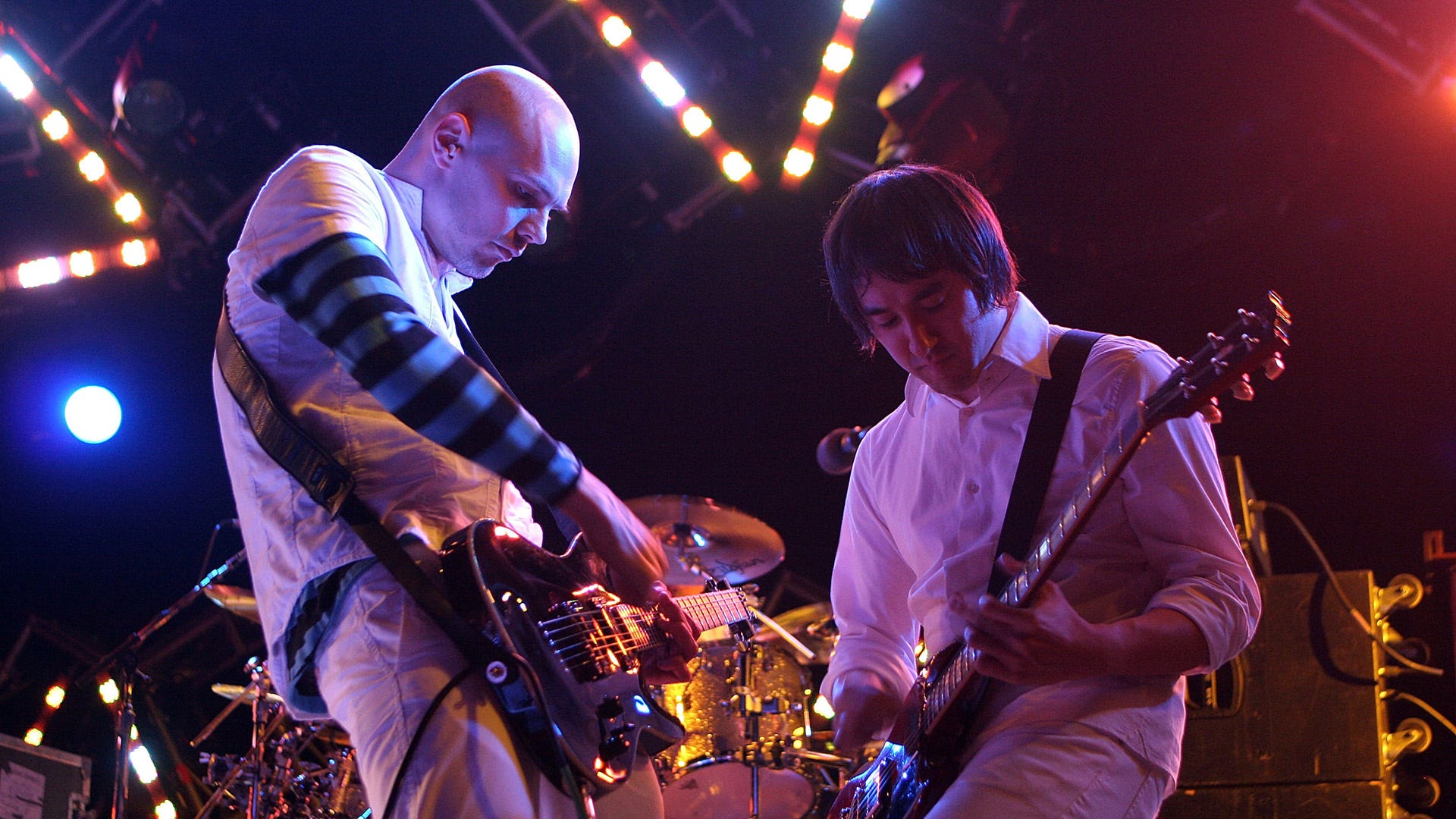 "We just kind of cross our fingers and hope everything lines up and keeps working," Billy says of the band's future plans. "But in a weird way, and I don't mean to be doomsaying, I think we sort of think, 'let's just be in this moment.' The tour's five months away with Jane's... let's just cross our fingers and really think positive here, because I want to be standing at the Hollywood Bowl with Perry looking out at all those beautiful faces."

The history of The Smashing Pumpkins and Jane's Addiction go way back to their beginnings in the late-'80s, when they performed together in Chicago at the O.G. Pumpkins' third show ever. "There's a lot of familial ties," says Billy. "There's a lot of crazy cross-pollenation stuff that's gone on with Jane's through the years -- I love 'em. They're one of the greatest bands ever."

Listen to the full interview with Audacys Klein & Ally and The Smashing Pumpkins' Billy Corgan above -- and check out even more exclusive chats from backstage at BeachLife.