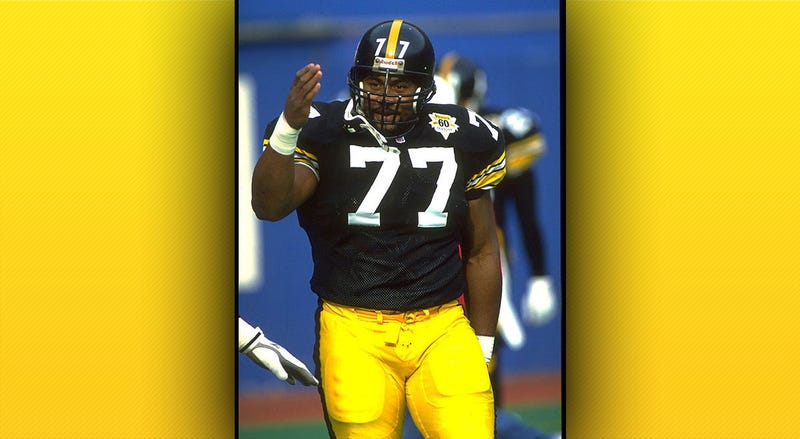 Johnstown (93.7 The Fan) - Carlton Haselrig, who went from six-time NCAA wrestling champion to Pro Bowl guard with the Steelers, died Wednesday at his home in Johnstown.  Haselrig was 54.

Haselrig didn't play football at Pitt-Johnstown, but won six heavyweight wrestling titles at the school.  The Steelers drafted him in the 12th round in 1989 with the intention of making him a nose tackle.  He was later converted to guard and started all 16 games in the 1991 and 1992 seasons.  It was in '92 that he was named to the Pro Bowl.

Drug and alcohol issues plagued Haselrig, and he appeared in only nine games in 1993.  He returned to the NFL with the Jets in 1995, his final season.  He later went to prison, something he said provided a wakeup.