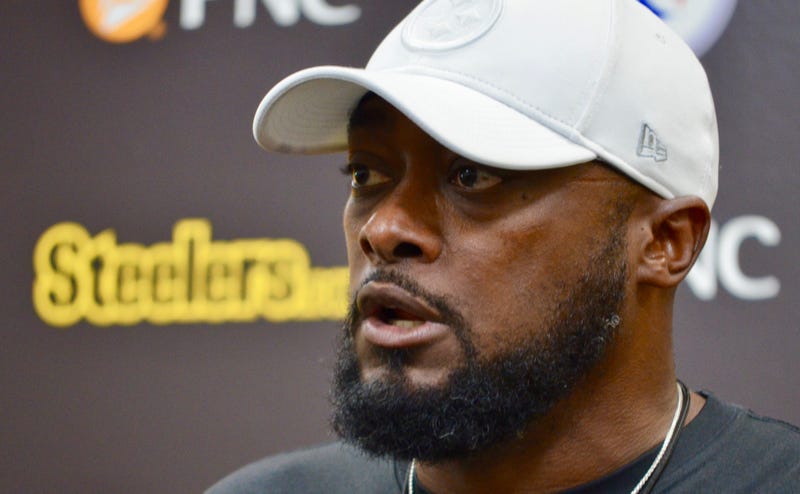 PITTSBURGH, Pa (93.7 The Fan) - Every healthy Steeler will get a chance to play Sunday in Tennessee, according to head coach Mike Tomlin.

Tomlin says the third preseason game will be about seeing the first team units work together and giving the veterans some playing time.

"We're excited because it's going to be an opportunity that everyone's going to play in talking about our first units, our veteran players that are healthy," he said in a Friday press conference. "We're not removing anybody from participation in this game. Ben (Roethlisberger) will play."

"We've been trying to get into a rhythm since training camp," Conner said of the first team offense. "It's going to be nice to have that first unit out there and try to put on a show for what we're going to do for the season. It'll be nice to get everybody out there."

Beyond that, Tomlin revealed little about division of labor or which quarterback will follow Roethlisberger. For the second straight preseason, the Steelers are without a clear frontrunner for backup quarterback, and Tomlin said the quarterback who plays after Roethlisberger Sunday hasn't necessarily won the job.

Josh Dobbs, battling for the backup position with Mason Rudolph, told 93.7 The Fan's Josh Rowntree there isn’t currently a set plan for playing time between him and Rudolph.

"We've been swapping routes in practice, so I'm not sure, but I know we'll probably get most of the second half or whenever he (Roethlisberger) gets out, split it up," Dobbs said Friday.

The Steelers will also get a closer look at their kicking and punting situation Sunday, with kicker Chris Boswell and punter Jordan Berry trying to win their jobs after lackluster 2018 seasons.

"We've been doing every other kick," Tomlin said. "We want to give them an opportunity to gain some rhythm and see how they're able to deliver when they're making back-to-back-like kicks or plays. So, in kicking and in punting, we'll divide the work up by halves."

The Steelers and Titans kick off at 8 p.m. from Nissan Stadium in Nashville.