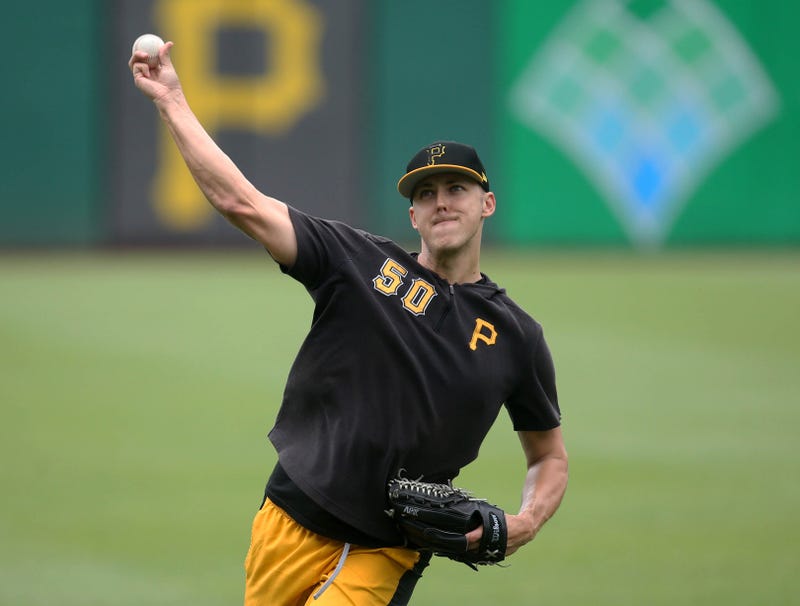 Another Tommy John surgery. Another lengthy recovery and rehab process. What amounts to another two lost seasons, much like 2014 and 2015.

Rather than spend 800 words or so telling you all the stuff you already know, and undoubtedly are already feeling about Taillon - How tough it is to watch a great, hardworking leader who seemingly can't catch a break when it comes to his health, get hit with yet another serious setback - I thought it would be more productive to look at the stark reality of what now lies ahead for the Pittsburgh Pirates.

A team that cratered out of the All-Star break, going 4-25 for their sixth collapse in nine seasons under Manager Clint Hurdle, should undoubtedly be looking ahead. Wins and losses are somewhat moot at this point, even if you would prefer to see more of the former than the latter. The last six weeks of the 2019 campaign should be all about preparing for 2020.

First and foremost, Pirates' ownership needs to evaluate their desire and ability to raise payroll. A team that could field a full roster next season with a payroll in the $55-60 million range (that would qualify as the lowest MLB Opening Day payroll in half a decade) must decide if they're truly interested in adding to that number in a significant way and giving General Manager Neal Huntington and Hurdle the pieces necessary to contend.

If not, then fire them and tear the roster down to the studs. Trade Starling Marte, Felipe Vazquez, Keone Kela, and anyone else not named Bell, Reynolds, Newman, or Keller. Hire a new management team and make contention in 2022 - Josh Bell's final year under team control - a stated goal.

If there is any shred of belief left in Huntington and Hurdle though, then a financial investment in talent needs to be made. No one wants to hear that Chris Archer is going to magically rediscover his form of 2015 when he's proven that here in Pittsburgh he's no more than a 5th starter. And no one wants to hear about "backfilling" Taillon's spot atop the rotation with Steven Brault, Chad Kuhl, and Chris Stratton at the bottom of the rotation. A brutally honest assessment of how the Pirates’ starting pitching failed miserably when it was supposed to be one of the team's strengths is what's necessary.

The numbers tell you all you need to know: Their starters' 6.31 ERA since the All Star break is worse than everyone but the lowly Orioles and high-altitude Rockies.

Bucco starting pitching has accumulated just 6.0 WAR thus far this season according to FanGraphs. That's the worst work by the rotation since a 5.8 WAR season in 2011. In their three playoff years of 2013-15, they averaged 11.7 WAR from the starters.

That simply has to be better in 2020 if the organization truly believes they can contend in any way at all. Which means a team that could field a full roster next season with a payroll in the $55-60 million range (that would qualify as the lowest MLB Opening Day payroll in half a deacde) must go out and find at least 5-6 starting pitching WAR this offseason.

That means spending some money.

There will be no less than a 10 free agent starting pitchers available this winter who averaged 2 WAR over the past three and a half years. If you remove those from that list that will be 33 or older on Opening Day and/or are represented by Scott Boras, you still find yourself holding a half dozen opportunities to add a #1 starter. Chris Sale, Rick Porcello, and Madison Bumgarner may not have a lot of interest in coming to Pittsburgh. To think that a Zack Wheeler, Jake Odorizzi, Alex Wood, or Miles Mikolas wouldn’t be available for the proper financial commitment though is foolish.

Believe me, no one wants to sit here and harp on payroll less than I do. I'd rather talk about baseball. Specifically, pitching. And how to stack a staff for a playoff run. But when lack of performance necessitates change, and the change isn't coming form within the organization, and there isn't a level of trust in manageme