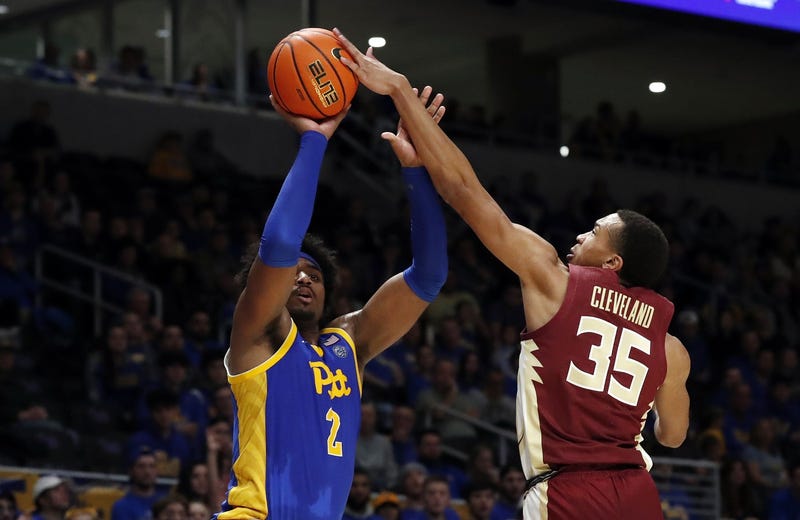 PITTSBURGH (93.7 The Fan) – It was one of those games that Jeff Capel worried about in days leading up to it. He knew that 623-game winner Leonard Hamilton had a team better than a 6-13 overall record. Florida State was picked fifth preseason in the ACC and found the spark they were looking for Saturday afternoon beating the Panthers 71-64.

“They were terrific,” Capel said. “They were playing so much better than their record. They started to get healthier and have a lot of talent on their team. We got off to a really good start, good energy and then weren’t able to sustain it.”

“We allowed our inability to make shots affect our defense.”

Panthers (13-7, 6-3 ACC) came out strong at the Petersen Events Center building a 15-5 lead in the first 5:14 of the game, including a four-point play by Greg Elliott. The crowd was into it, Florida State burned a timeout.

Pitt came in outscoring its opponents by 95 in second halves this year. They would continue that trend after halftime again. A pair of three-pointers by Blake Hinson gave Pitt a three-point lead just six-and-a half minutes into the second half. It was tight most of the rest of the game, Panthers down by just one at the 2:20 mark cutting the lead to 65-64.

Florida State made 10-20 from three and 51% from the floor overall. The Panthers came into the game second in the ACC allowing a .405 field goal percentage.

“We did not defend up to our standards and how we need to win in this league,” Capel said. “That’s not going to win you a lot of games. We have to do a better job moving forward.”

“We didn’t do our thing defensively,” Hinson said. “We did a lot of things wrong and that’s why we lost,”