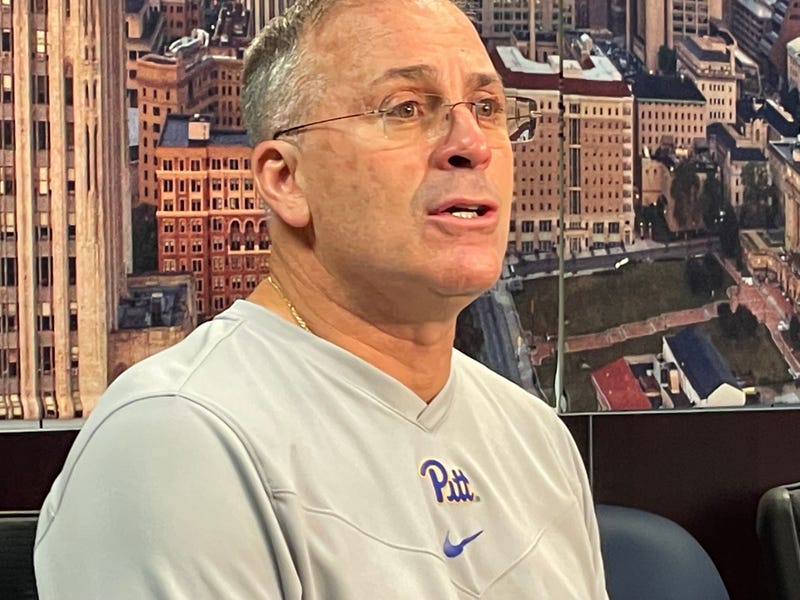 PITTSBURGH (93.7 The Fan) – Really it starts with almost any college football coach that has success, especially a big year. The rumors start to your name with job openings at other schools.

The statement carries so many questions about credibility, yet someone sees it.  Without the media help anymore, it takes off on social media.  Then two days before playing for the ACC Championship, Pitt head coach Pat Narduzzi is asked about it.

“I’m all about loyalty,” Narduzzi said Thursday.  “It ain’t about the money.  It shouldn’t be about the money.  You see some of these ‘I can’t turn it down’.  I’m not going to get into coaches and who made what decision.”

“I think our kids know where I stand, but then when things happen.  You see a Brian Kelly leave in the middle of the night, you kind of wonder.”

“I’m happy in Pittsburgh.  Pittsburgh is my home.  I have a daughter that’s a sophomore at the University of Pittsburgh.”

Narduzzi said he turned down five head coaching jobs before he took the one at Pitt in December 2014.  He noted he’s also turned down more money not only to be a head coach, but a coordinator over his time at Pitt.

“I’m not like some of these other guys,” Narduzzi said.  “That’s what it is.  That’s how I feel.  Two days before I took this job, I turned down Colorado State.  I’m happy where I am.  It’s not about the money.”

Narduzzi said he has a piece of paper in his office that he has on display.  It was carried by his father, a former head coach at Youngstown State, in his pocket and he said it has the word ‘loyalty’ written on it.

“It’s about being happy every day.”

We see so much in the college game, but right now for loyalty and happiness, Narduzzi says he is staying at Pitt.