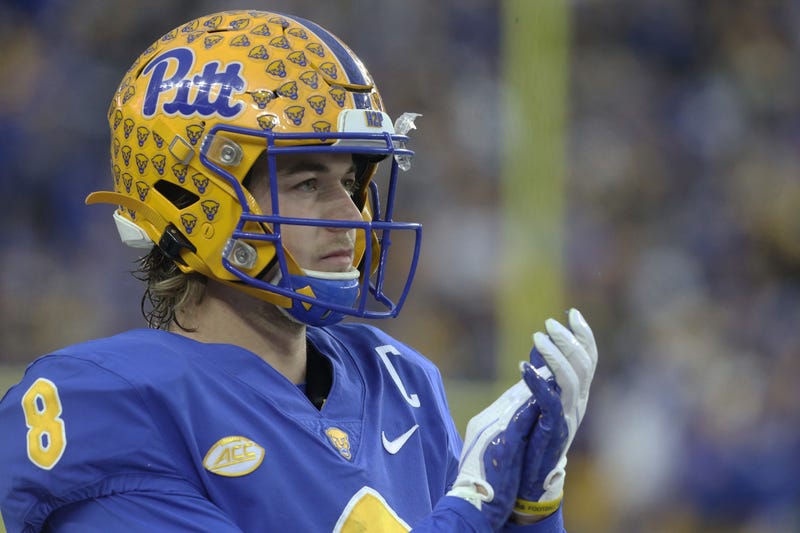 PITTSBURGH (93.7 The Fan) – For a brief moment on Wednesday, Pitt fans held their breath after a report came out that superstar quarterback Kenny Pickett was dealing with the flu, but he told reports he had a few bad days but is improving

“Feeling a lot better now, it was just a couple of days of not feeling great.  Something that has been going around but definitely feel a lot better now.  I will be good to go for Saturday.”

“All the hard work.  Like I said before, all of those individual accolades are very team oriented, starting with the guys up front and moving on up.”

Pickett says it’s a drive he’s had since he was small.

“I want to be the best.  That’s always been my goal since I was young.  It’s something that you continue to work for, there is always someone working just as hard as or harder than you.  You can set those goals for yourself and chase them.  All the individual accolades come to the best team, you see how many guys we have on all those teams throughout the ACC.  We are in the championship game, it doesn’t happen by accident.”

“I think I’m a step faster mentally, getting through my progressions, reading the defenses, especially post-snap.  I have a pretty good understanding of pre-snap, but improved post-snap of reading triangles and seeing three guys moving at one time and feeling things out.  Just a step ahead mentally.”

Along with his ACC accolades, Pickett’s name has been coming up more frequently in Heisman discussions and he has some pretty big names supporting him.

Former Heisman Trophy winners Matt Leinert and Reggie Bush have been talking Pickett up for Heisman.

“Those are the two guys going back to when I was nine-years-old, the Brady Quinn, Matt Leinert, Reggie Bush-those games are the game I remember growing up watching.  My first college football memories were those games and Reggie Bush winning the Heisman.  It definitely is surreal to have those guys pulling for you to win the Heisman or pushing your name out there.  It means a lot.”