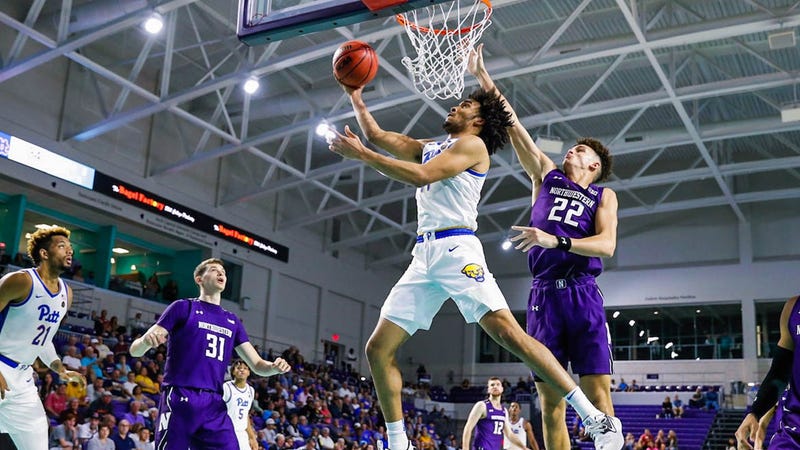 Plans are still being made for the University of Pittsburgh men’s basketball schedule for 2020-21, but we now know of at least one game.

On Friday, Pitt Athletics announced Justin Champagnie, Xaiver Johnson Au’Diese Toney and the rest of the Panthers under coach Jeff Capel will play at Northwestern on December 9 as part of the annual ACC/Big Ten Challenge.

Game time and TV have yet to be announced, but all Pitt men’s basketball games are on 93.7 The Fan.

"The ACC/Big Ten Challenge is always an exciting couple of days of basketball and a great early season non-conference series," said head coach Jeff Capel.
"Northwestern is a terrific program led by one of my closest friends, Chris Collins. We played a great game against them last year in the championship game of the Fort Myers Tip-Off, so there will be some familiarity heading into the game this season. We will be ready to face a team that is well-prepared, disciplined and eager to compete in December."

Along with Champagnie, Johnson and Toney returning, transfer guard Ithiel Horton is expected to make an immediate impact for the Panthers.

The full Pitt schedule is expected to be released sometime in early to mid-November and will feature fewer non-conference games due to the pandemic.

The includes the postponement of the Backyard Brawl against West Virginia, but will be extended in the upcoming season.