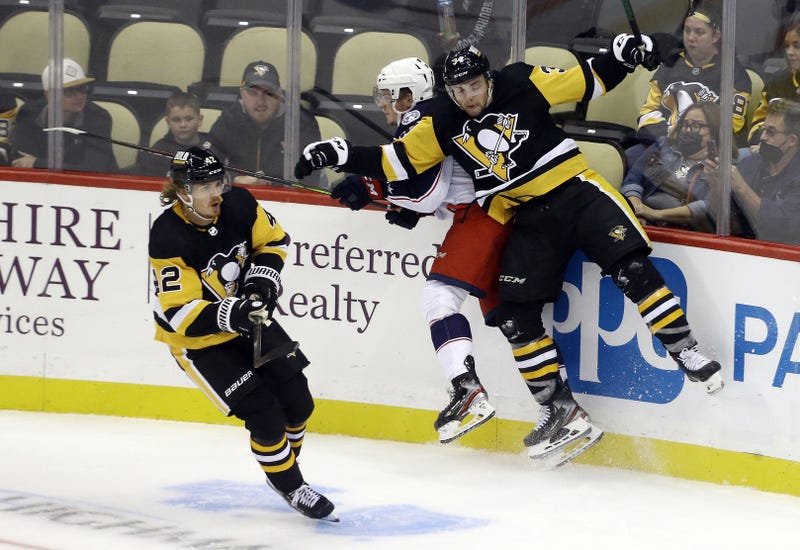 PITTSBURGH (93.7 The Fan) – Pens opened exhibition play five days after the start of training camp. A sloppy 3-0 loss to Columbus at PPG Paints Arena. Blue Jackets blocked 19 of the 40 shots the Pens attempted. Home team also 0-5 on the power play.

“You have to earn it every day,” said Pens head coach Mike Sullivan.  “We are going to put the roster on the ice that has the best chance to win.  There is opportunity here at all positions.  We are looking for guys that can step up.  Can fill roles for us and help this team win hockey games.

Forward prospect Sam Poulin didn’t miss the game, however he is missing a tooth.  The 20-year-old had a left front tooth knocked out in practice on Sunday and played for the first time minus a digit Monday.

“I think I played well,” Poulin said finishing with two shots, two hits and a minus two.  “We had a good line.  I think the performance of our team tonight didn’t reflect on the score that much.”

In two years in the Quebec Major Junior Hockey League, the left-handed shot had 61 goals and 92 assists in 113 games.

Winger Nathan Legare second on the team with three shots on goal and shared the team lead with three hits.

“I think Nathan had a pretty good game,” Sullivan said.  “I think his pace has picked up.  He tracked on the back check a couple of times, caught guys from behind.  He’s picked up a step or two based on the last time he was here.”