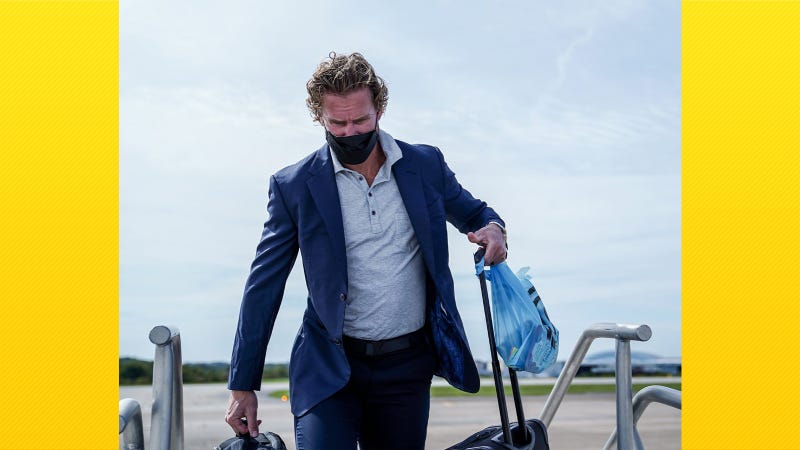 The Penguins have been relying on center Jeff Carter on the top line with both Sidney Crosby and Evgeni Malkin currently out with injury.

The 36-year-old hasn’t been a disappointment either, registering three points (two assists and a goal) in the first two games of the season, including his 400th career goal during Thursday’s overtime loss to Florida.

Earlier this week, when the Penguins were preparing to head to Florida, Carter was spotted walking to the airplane with a blue grocery bag in his possession.

We see you @JeffCarter_77 👀 and would like to personally replenish your Welch’s Fruit Snacks stash, DM us! #LetsGoPens https://t.co/gvQYtN2UuW

Looking closely, you could see he had a bag of Welch’s Fruit Snacks on him and who knows if it helped bolster his game but if it is, it’s working so far.

The fine folks at Welch’s noticed and told Carter they would “like to replenish your Welch’s Fruit Snacks stash.”

All he has to do is send them a direct message.

Carter seems to be excited by the idea responding to Welch’s with this gif.