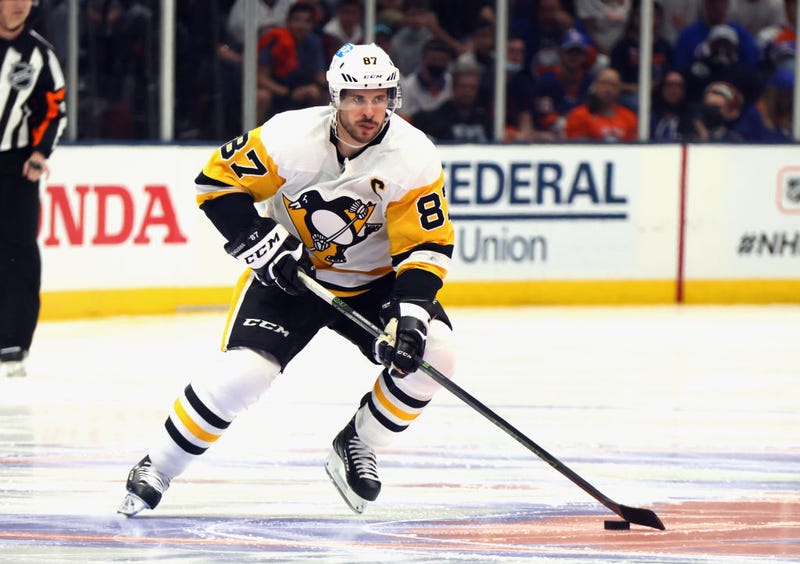 Mike Sullivan says Sidney Crosby is getting “real close” but the Penguins coach still doesn’t know when the captain will make his 2021-22 season debut.

“His status right now is day-to-day,” Sullivan said after Crosby joined his teammates for a 50-minute workout. “Obviously, you guys watch him progressing in practice and he participated out there in a full capacity today. We’ll see how he responds and we’ll listen to the medical staff but we’re real encouraged with his progress. We think he’s getting real close.”

Casey DeSmith says Crosby looks close enough to him. “He certainly hasn’t gotten any worse,” the goaltender laughed after Sid frequently buzzed around his net during practice.

After Crosby underwent surgery September 8th to finally take care of a wrist injury that had been bothering him for years the estimate was that he’d miss a minimum of six weeks. Today marks seven.

“It’s exciting for us when he can plug Sid into his normal spot,” said Sullivan. “I think it changes to outlook of our team. When you watch our practice, watch our team you can see the reaction even with our own players. We just have more of a jump in our step; he has that influence.”

“Yeah, it’ always nice having him back on the ice for practice,” agreed defenseman Chad Ruhwedel. “He’s fun to watch, fun to be around, makes guys around him better. We’re looking forward to having him back whenever that time comes.”

“He’s really coming along, he’s been working hard,” DeSmith added. “I know he’s been putting in a lot of hours trying to get back into form. Hopefully, he’ll be back soon.”

Whether “soon” means Thursday against Calgary or Saturday against New Jersey at PPG Paints Arena, only Sullivan knows for sure but maybe he doesn’t know.

“Like I said earlier, we’ll take each day as it comes and make decisions accordingly.”