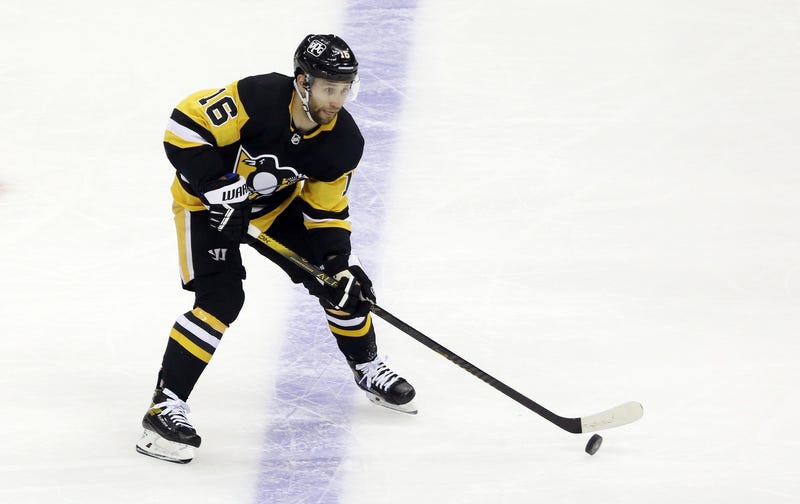 PITTSBURGH (93.7 the Fan) Winger Jason Zucker is beginning his second training camp in Pittsburgh, which is a little surprising since quite a few people thought he wouldn’t still be here.

After an unproductive season which ended with another playoff collapse, Zucker was left unprotected in the expansion draft. After he went unclaimed by Seattle he became trade bait but the Pens found no takers. So you could say they’re stuck with him.

But what they’re stuck with is a proud veteran who is determined to return to the form that prompted the Penguins to give up a first round draft pick to get him a year-and-a-half ago.

“When I first got here it was good, I thought I came in and did what I wanted to do. Last year …” Zucker hesitated, "was awful, to be honest. I didn’t like my game at all. I thought there were some good points, some really bad points and for me it was a good summer to be able to adjust my game and I feel really good coming into this year.”

The forward reflects on his play last season and shares his focus for a successful upcoming season. pic.twitter.com/v9Lfuc7XU7

Zucker’s approach seems rather simple. He says it’s about being the player he is supposed to be. “For me it was a lot of shot total,” he explained. “I don’t feel I shot the puck nearly as much as I have in years past. I’d be shocked if it was even 50 percent of my normal total.”

It wasn’t quite that drastic but Zucker isn’t far off. Last season, in 38 games, Zucker had just 67 shots on goal, less than two per game. His total shots attempted of 119 was just over three per game. It was similar in the six playoff games and resulted in just nine regular season goals and two in the post-season (which, sadly, was tied for second on the team).

Compare that to three season earlier in Minnesota when he averaged nearly three shots on goal and over four shots total per game. That resulted in 33 goals and also resulted in Zucker  taking an average of  shots per game ine next season.

“I don’t know if was more trying to pass the puck too much or just trying to make plays,” he reflected. “I’ve never been known to be a playmaker. I’m a shooter and a goal-scorer so that was a big thing and definitely something I’m going to focus on this year.”

Zucker knows he had better since Evgeni Malkin will miss the first two months and Sidney Crosby the first couple of weeks.  “All of us, especially in the top six, need to make sure we fill in those voids,” Zucker said. “We’ll never be able to fill them completely, obviously, those are two world class players but we’ve got to collectively come together pick up a little bit more and definitely chip in more.”