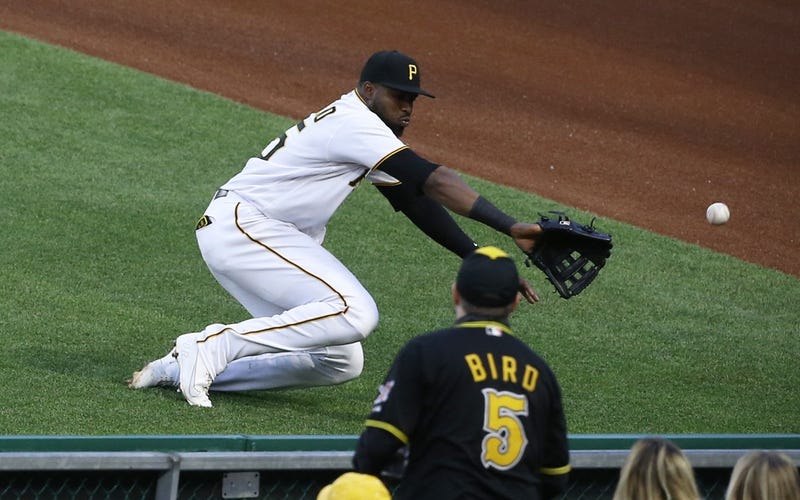 PITTSBURGH (93.7 The Fan) – Pirates rookie starter Wil Crowe cruising along until the fifth inning when the Giants scored 3 times, it held in a 3-1 win over the Pirates.

Steven Duggar hit a one-out home run and then after a strikeout of the pitcher, Mike Tauchman with a sharp single, followed by a Buster Posey’s hard-hit single.  Jacob Stallings with a throwing error scored the second run.  Mike Yastrzemski tripled to right as Gregory Polanco tripped making it easy for Yaz to get to third and the runner to score.

“First four innings, hitting my spots,” Crowe said.  “Really doing everything I want to do.”

“In the fifth, a bad pitch on the inside.  The triple was one of the best change-ups I had thrown all game.  I let go of that pitch, I thought for sure it was a swing and miss or a soft-contact ground ball.  When he hit it in the air, I thought we had a chance to catch it.  Unfortunately, the ball fell their way tonight.  That’s how it goes sometimes.”

“I thought he did a nice job,” said Pirates manager Derek Shelton.  “He gave up a home run on a missed location.  We had an errant pickoff throw and then he gave up a triple on a ball that broke a guy’s bat.”

In his first game up this year and only his seventh Major League at bat, former first round pick Will Craig hit a 107mph, 395-foot home run.  His first hit in the majors.

“It’s one of those things, once I made contact with it,” Craig said.  “All the weight is off the shoulders, got the first hit out of the way.  It just happened to be a homer.  Feeling, ‘ok, it’s the same game I’ve played my entire life’.  Just a higher level, bigger stadiums and brighter lights.”

“Nice moment for him,” Shelton said.  “Talking to the guys in Triple A he had made some adjustments.  I think it’s the fourth home run in the last four games to include the at bats in Indy.  Good swing.  Fastball was 98, to go opposite field.  That’s a long way to go for a right-handed hitter.”

15 roster moves by the Pirates since Sunday with the promotion of Craig, designating RHP Sean Poppen for assignment and placing INF/OF Phillip Evans on the 10-day injured list on Thursday.

The juggling of lineups and bodies can be challenging for any manager, division leading or not.

“It’s just conversations about how we are going to put people in the best position to succeed.”

“Giving people opportunities.  Right now, Will Craig is the person getting an opportunity.  We build off those opportunities and go with what we got.”

Today’s charity T-shirt—JAM-it’s a student run non-profit ‘to be the kind kid’ by Avonworth primary school (K thru 6).  Teaching kids to make the right decisions.  Bekindkid.net