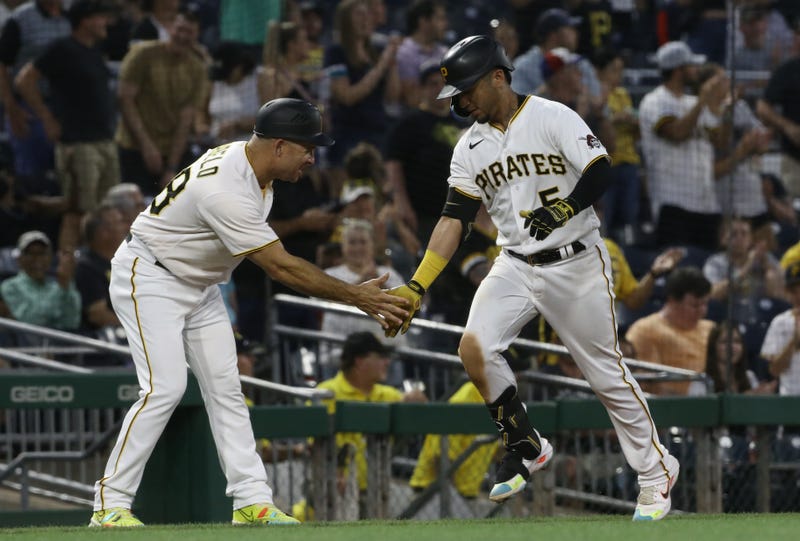 PITTSBURGH (93.7 The Fan) - Michael Perez homers three times as the Pirates escape the Brewers 8-7 at PNC Park on Thursday night.

"He didn't miss any of them. He got all three of them," said Derek Shelton.

The Pirates made history again as they became the first team in MLB history to have three different players with a three home run game in the same month.

Jack Suwinski did it on Father's Day against the Giants, Bryan Reynolds did it yesterday against the Nationals and now Michael Perez.

With an 8-4 lead headed to the ninth inning David Bednar made his first appearance since Saturday due to a back injury. Bednar gave up three straight hits after a leadoff line out. After Rowdy Tellez grounded out to make it 8-6, Bednar walked Andrew McCutchen and gave up a single to Kolten Wong to make it a one run ball game.

"He was fine. I walked up with him, he felt fine. He was just a little rusty. I was not going to have him go over thirty pitches just because he's too important to us," said Shelton.

Yerry De Los Santos came in for Bednar and got Luis Urias to fly out to center field to end the game. He picked up his second straight save on the season.