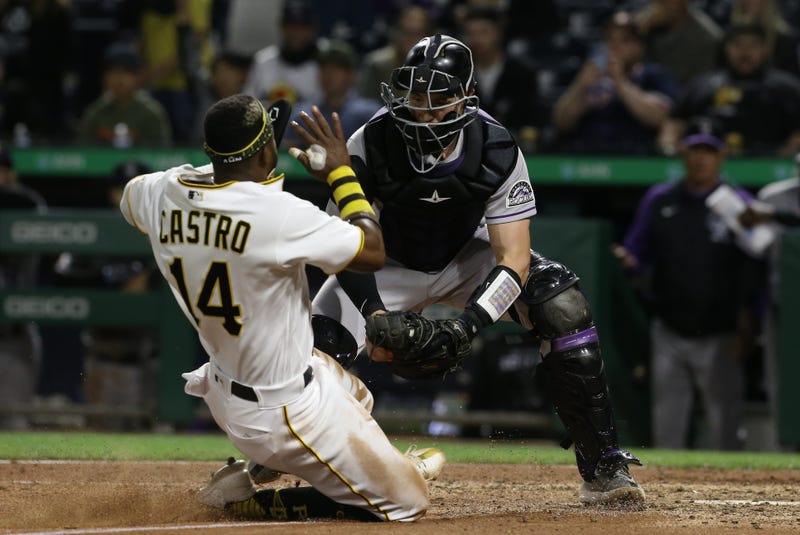 PITTSBURGH (93.7 The Fan) – Unable to get key hits, the Pirates wasted a second straight outstanding pitching effort in a 2-1 loss in 10 innings to the Rockies Tuesday night.

Former Pirates draft pick Connor Joe lined a single off David Bednar with one out in the 10th scoring the runner who started the inning on second base.

Bucs had their chance in the bottom of the 10th with Michael Perez at second base and the top of the order.  Ke’Bryan Hayes and Bryan Reynolds struck out swinging and Michael Chavis grounded out.  Once again, the Pirates couldn’t get runners on base home, leaving nine on Tuesday.

In the last dozen games, the Pirates have scored 23 runs.

“I thought he was good,” Shelton said.  “He had the 30-pitch fourth, which kind of shortened the outing out, but overall I thought he threw the ball really well.”

“My goal is to be a starter and I really believe in the plan they have for me.  I feel very equipped and prepared to help this team and this organization for a long time especially now that I feel very healthy.”

The Bucs took advantage of the only time they had a runner in scoring position before the ninth inning.  Yoshi Tsutsugo struck out to lead off the fifth, a double by Diego Castillo just inside first base set up rookie Cal Mitchell making his Major League debut.  On a 1-2 pitch, Mitchell lined one up the middle, Castillo broke for home and the throw from centerfielder Randal Grichuk was on-line and going to make for a close play at the plate.  However, the ball hit the pitchers’ mound and bounced up in the air.  Castillo was safe and the Pirates grabbed a 1-0 lead. 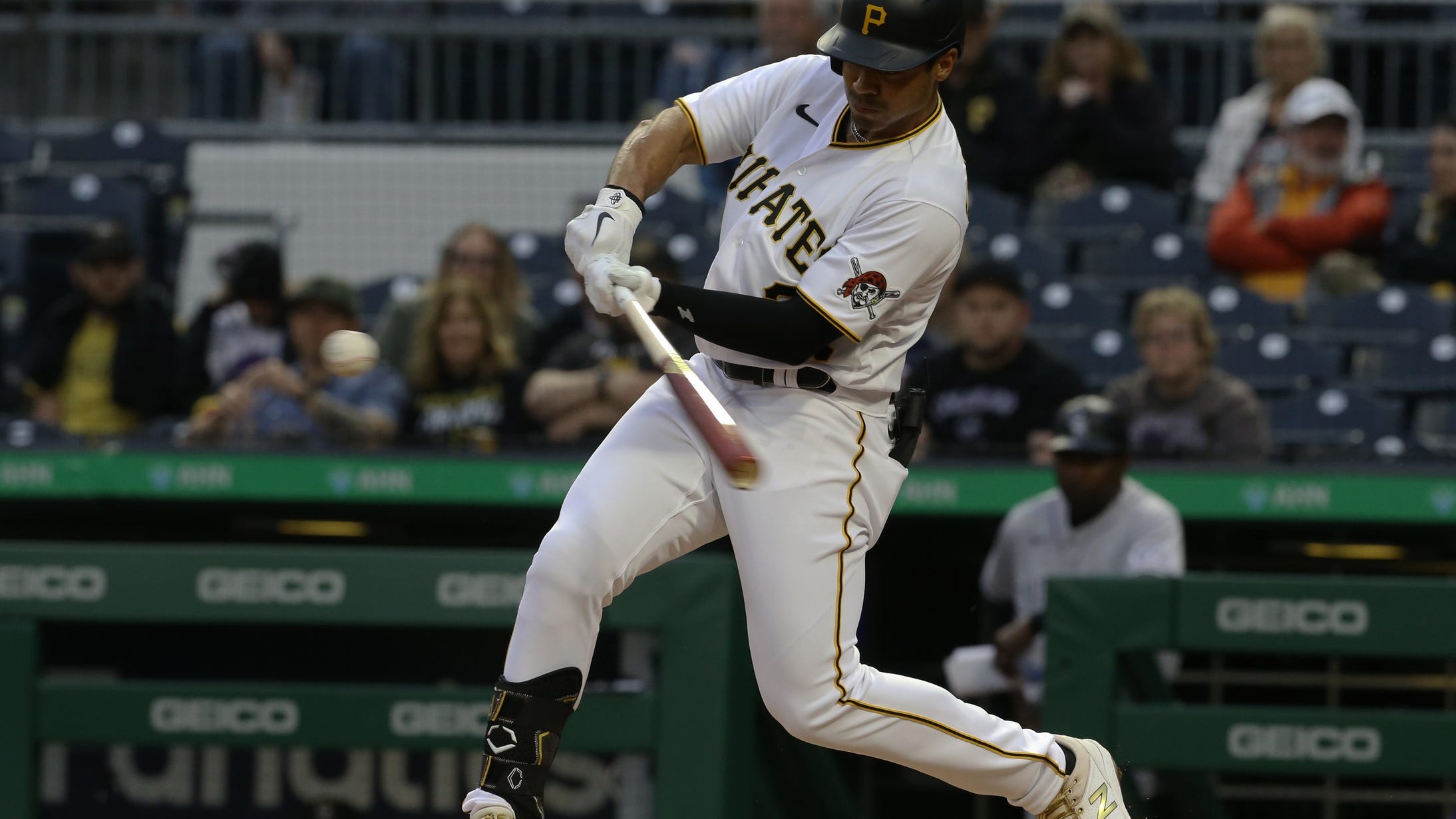 “I couldn’t ask for much more,” Mitchell said.  “I felt so good to be able to do that with all the people I care about watching and share that moment with them later when I get home.  After the play stopped, I had a moment with myself ‘yes, yes’.  Then carried on with what I was doing.”

Mitchell said he actually was able to relieve some pressure with a hard-hit out in his first at bat.

“That at bat is obviously the biggest one, your first time in the league,” Mitchell said.  “I was happy to catch a good barrel and it was kind of a ‘whew, I can do it’.”

“His first plate appearance, it was composed and then come back to get his first knock, RBI,” Shelton said.  “Overall he played well in the outfield, he did a nice job.”