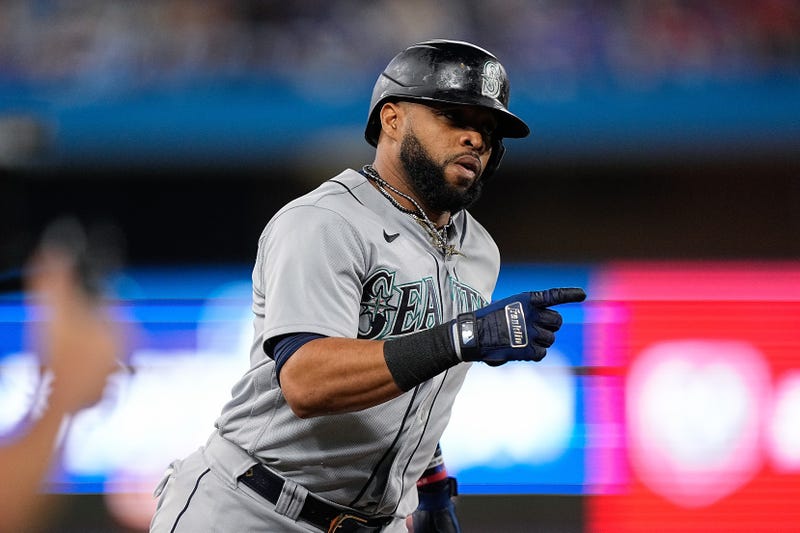 PITTSBURGH (93.7 The Fan) – Pirates confirmed the earlier news of the signing of first baseman Carlos Santana to a one-year contract on Tuesday. Terms were not disclosed, but reports it’s worth $6.7 million.

He’ll turn 37 in April and is coming off hitting 19 home runs, 18 doubles, 60 RBI in a season split between the Royals and Mariners. It’s the lowest home run production in a full year since 2012 with Cleveland, and fewest RBIs of his career.

Optimists will point to his being 46th in MLB in exit velocity and they believe the banning of the major shifts will help his average, which was .202 last year. Even with the near sub-200 average, the on-base percentage was .316 and .349 in 52 games with Kansas City. In the 76 games in the field in 2022, two errors and Santana has a career .994 fielding percentage at first base. He is first among all active switch hitters in home runs, RBI and on-base percentage. Santana is nine home runs from Bobby Bonilla for 10th on the all-time switch hitter list.

It’s a position Pirates GM Ben Cherington noted after the season needed an upgrade and Santana is the third addition at first base. Bucs traded a minor-league pitcher to Tampa Bay for Ji-Man Choi. The 31-year-old left-hand hitter hit .233 with 22 doubles, 11 HR and 52 RBI in 113 games with the Rays.
Choi is also an upgrade defensively with a .996 fielding percentage at first base last year with 739 chances.

They also took a chance on a younger player discarded by the Marlins. Lewin Diaz hit just .169 with five home runs in 174 MLB at bats last year, but in 82 games at AAA hit .252 with 19 home runs and 19 doubles. The left-hand hitting Diaz just turned 26 and won’t be a free agent until 2028. Almost assuredly he will start in AAA and likely be an upgrade to the 19 HR and .210 average from Mason Martin in 134 games at Indianapolis last season. Martin struck out 194 times, while Diaz had a .323 on-base percentage in AAA. Diaz also has never made an error in 742 chances at first base in the Majors while Martin had nine last year and a career .986 fielding percentage.

Not the big splash some fans want, but it’s a big turnover at a position that sorely needed it.