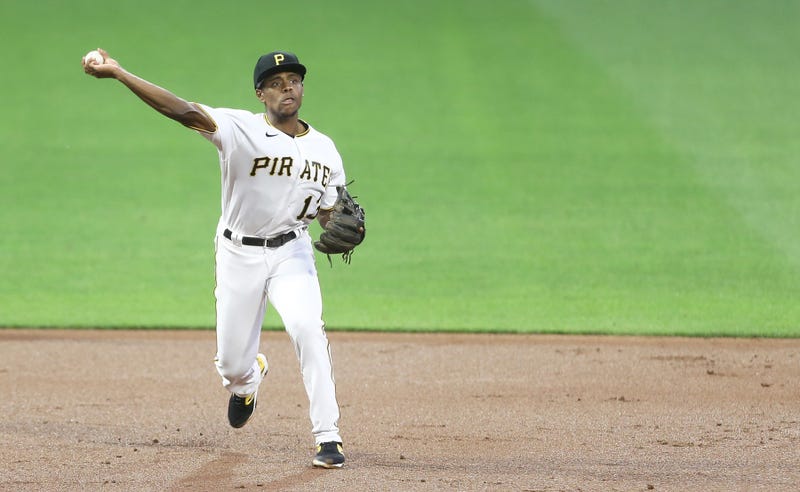 PITTSBURGH (93.7 The Fan) - After a memorable, long-awaited Major League Debut, Pirates manager Derek Shelton confirms Ke’Bryan Hayes will once again be in the lineup on Wednesday when the Pirates take on Chicago a night after a comeback fell short against the Cubs.

Known more his glove than bat, Hayes went 2 for 5 with a double and home run, only the seventh player do homer in his first game.

Shelton tells 93.7 The Fan’s Cook and Joe he’s excited for Hayes and that a lot of things stood out to him.

“I mean the defense came as advertised very consistent, took really good aggressive swings but the thing that really stood out to me the most was the contact read . . . as it got later in the game, such a baseball instinctual play and it was really good, probably about as well as you can run that play,” said Shelton.

Shelton adds the impressive debut will help take a little pressure off of Hayes.

In other Pirates news, Joe Musgrove returns to the mound on Wednesday night.

Mugrove hasn’t pitched since August 4 due to injury.