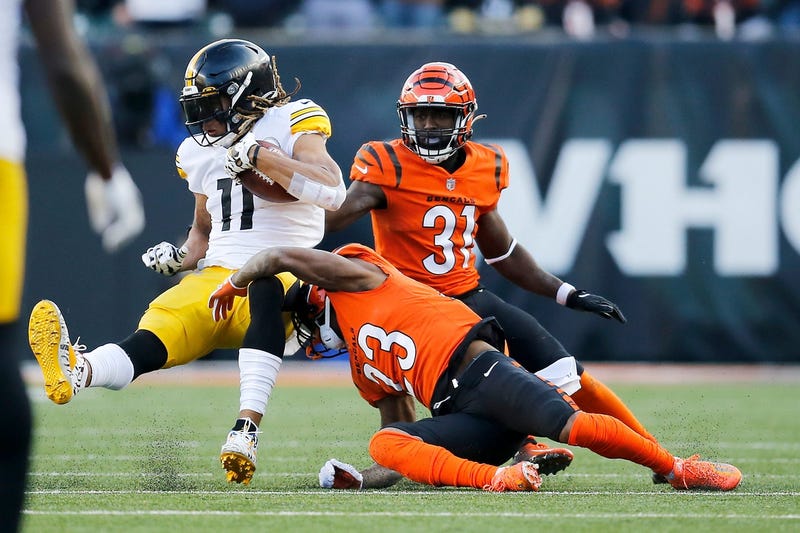 Let’s get this straight: I’m not against playing a little music at football practice. And I’m the last person who will ever be accused of being The Fun Police.

Ain’t me. Get loose. Shake a leg. Motivate yourself. Have a good time.

But also know the time and place. Read the room. Don’t be totally tone deaf.

So that’s why it is interesting to me the dumbest story of the week --- that became a dumb story because someone said something silly --- seemingly has just two sides. People (not many) are coming down in agreement with Chase Claypool who thinks perhaps a little melody in the air is the right remedy for the Steelers’ practice woes or many more are falling on the polar end of the spectrum, thinking he’s an immature dolt who is selfish and not worried about the right things.

Can I split this down the middle?

Can I find a healthy intermediate point?

Can I get away from the all-or-nothing proposition?

Am I permitted to do that?

I mean, as a society are we still allowed to do such a thing?

For the sake of accuracy, let’s remember Claypool didn’t just blurt out the notion of some jams on the practice field. He was asked a question about how, perhaps, practice could improve.

That said, his answer was tremendously ill-timed and misjudged coming off not just a blowout against the Bengals, but several former Steelers publicly hammering the club for their lack of focus, drive and heart.

They crushed the franchise and rightly so.

But bear with me here: I’m in the middle because I think it isn’t the craziest idea, it just needs to be earned. I’m all for a looser and less rigid atmosphere, but that is something to me that’s earned.

Simply, if you want to play some music in practice go out and get some wins when the music isn’t on and then maybe we will talk and, well, turn it on.

It was like in the past with the Steelers locker room --- when the results were there, the pool table and ping pong games would be rip-roaring in that locker room. When the team had a terrible week or Mike Tomlin sensed a lack of focus? The billiards and table tennis were taboo – the players instructed they couldn’t participate in such activities.

And the first instinct for some might be to laugh Claypool out of the room. As the Steelers --- and he, in particular --- are currently performing, I can see that being the reaction.

But when I think about this reasonably, know what I’d do? I’d dangle it out there as a carrot for him and anyone else who wants some music at practice. Get some wins and we’ll fire that sound machine up.