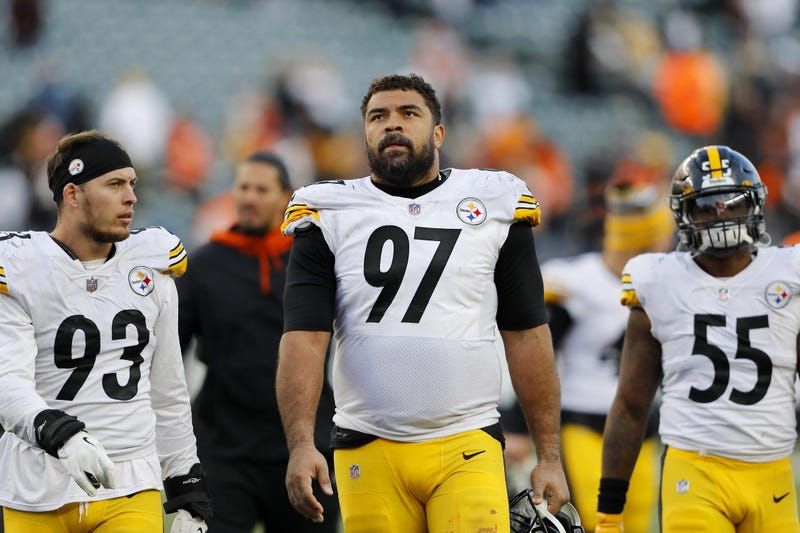 CINCINNATI (93.7 The Fan) – Steelers ran a four-game winning streak giving fans hope they were better than their 1-3 start. The reality is, they are proving more the 1-3 team than the 4-0 team as Cincinnati humiliated the Steelers 41-10 in Cincinnati Sunday.

“There is not a lot to talk about, we got our butt kicked,” quarterback Ben Roethlisberger said Sunday.  “It is what it is.”

Let’s start with the defense.  Here are the last few weeks

“Everybody sees what happens today, we have to stop this from becoming a bigger issue than it already is.  We just have to find a way, individually and collectively.  I have all the confidence in the world in the guys in this locker room and the coaches in this building.  We have to find a way.”

“You have to continue to work, work, work.  We can’t keep playing like this; it’s absolutely embarrassing.”

“We got our tails kicked,” said defensive captain Cam Heyward.  “We did not play well in any facet of the game.  Too much pitch and catch, and when they did pass the ball, they fell forward every single time.  Even down in the red zones, the stops we got were not enough.”

“We have to get back on the horse.  The first quarter has been terrible for us, the way we start games.  We have to pick it up.”

Players and Tomlin discussed needed details in practice and guys taking it upon themselves to improve.

“You could attribute it to whatever you want to attribute it to,” Tomlin said.  “The bottom line is it was done.  They won that mano-e-mano component of play much too often.”

Heyward took the blame on himself and said of how they have to be going forward.

“Play downhill,” Heyward said.  “I thought we had to call more blitzes.  We were not getting off blocks.  There’s a level of respect and tradition when you put on that Steelers uniform.  That means getting off blocks and stopping the run.  And we did not do that today.”

“We got beat up-front on both sides of the ball, and they won the line of scrimmage,” Tomlin said.  “We’ve got a lot of work in front of us.  We stunk it up today.”

“When we don’t do enough, it seems like it’s going to fall on those guys,” Roethlisberger said of his offensive line.  “It shouldn’t because they fought their butts off.  I will give credit to the other side.  Those guys did a lot of different looks.  A lot of different things.  I will not point blame at the O-line, because that’s not where it belongs.”

Roethlisberger is likely trying to take the heat off the guys who protect him.  They have to improve.  As does the physicality of the defense and if it doesn’t improve quickly, they’ll be out of it soon.

“There’s a lot of football to be played, but if we do what we did out there today, we won’t win another game,” Heyward said.

Per ESPN Stats Info, Mixon is the first running back in the last 20 years to run for 100 yards against the Steelers in the first half (Eddie George-Titans, 101 yds in 1998).

With Roethlisberger’s 11-yard completion to Diontae Johnson in the first quarter, he moved past Philip Rivers for fifth place on the NFL’s all-time passes completed list with 5,278.  It’s a long road to reach the top four, Peyton Manning had 6,125 completed passes.  Drew Brees is the all-time leader with 7,142.