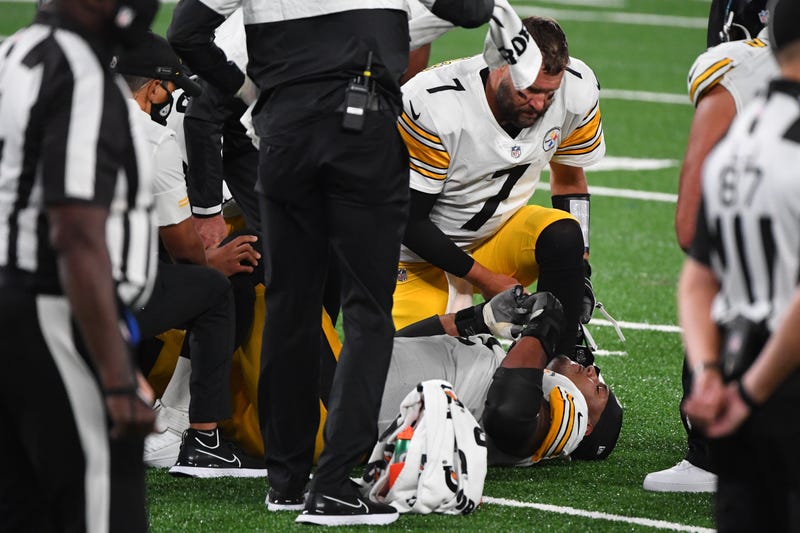 PITTSBURGH (93.7 The Fan) - The Steelers won the game, but lost three starters on offense to injuries.

Running back James Conner left early in Monday's 26-16 win over the Giants with an ankle injury. Then in the 4th quarter, the new-look right side of the offensive line took a severe hit as tackle Zach Banner and guard Stefen Wisniewski exited. Banner sustained an injury to his leg, believed to be his knee, while Wisniewski injured his pectoral muscle.

Wisniewski was playing for David DeCastro, who injured his knee in training camp. Banner won the starting tackle job over Chukwuma Okorafor in camp.

Mike Tomlin is expected to have additional information on the injuries when he addresses the media Tuesday at noon.

I love you Pittsburgh.

I love this game.

We won. That’s all that matters.

But once again, I’m motivated...