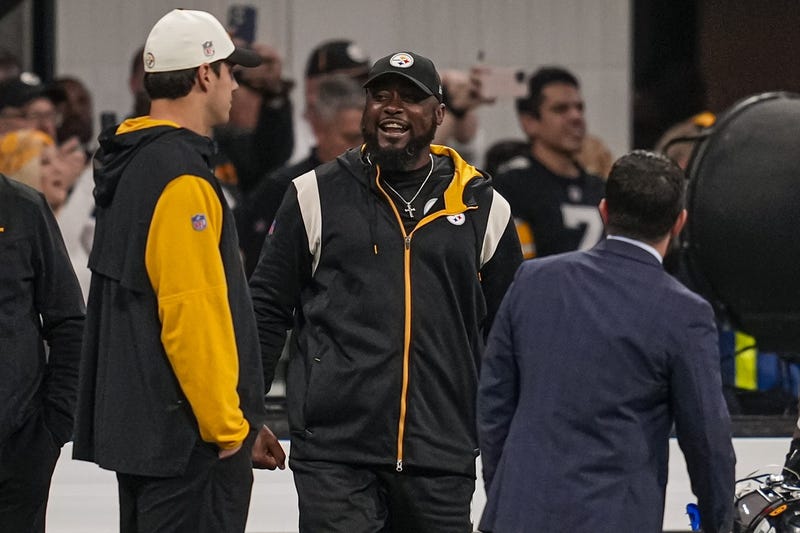 PITTSBURGH (93.7 The Fan) – Celebrate the win. Celebrate the growth of your first-round QB. There is still a way to go before the Steelers are in the hunt for the AFC title.

It’s the first time the Steelers have won back-to-back games all year. You can call it a winning streak and the 5-7 record would tell you they are an outside shot to make the playoffs. Before you spend hours going over all the scenarios, don’t. Enjoy the victory.

So, you are deciding to still think about the playoffs. Ok. In those scenarios of them beating the 8-4 Ravens next Sunday to move, potentially to within two games of first with four games left, ask yourself this question. Could the Steelers go into Kansas City and win?  Oh, and Cincinnati is also 8-4 and while they have to play at Tampa Bay and at New England and have Buffalo and Baltimore at home. It’s still a three game lead with five to play.

There are benefits to a playoff appearance, several have never had the opportunity including the starting quarterback and potentially star receiver. Getting Pickett a taste of the post-season is a positive, all I’m saying is instead of looking ahead. Savor the present. It’s a rebuilding team that is also improving, but isn’t there yet. They aren’t a contender to win a title, they beat an average at best Falcons team by three. If they get back to .500, let’s talk.

·     Kenny Pickett with another no turnover game and a great pass to Conner Heyward for a touchdown
·     Heyward getting his first professional touchdown in the town where his father played
·     Pat Freiermuth with an amazing run after the catch for a 57-yard reception. The second-year tight end had three catches for 76 yards and is becoming one of the best in the NFL.
·     Diontae Johnson somewhat redeeming himself with a key first-down reception late
·     Najee Harris rushing for 5.1 yards-per-carry-2nd time at five a carry in the last four games. He’s running harder and more like his rookie season.
·     Minkah Fitzpatrick sealing with game with a big pick while leading the team with seven tackles.
·     Pressley Harvin becoming a legit NFL punter with the huge kick to pin Atlanta at the two-yard line.
·     Cam Heyward with a four-tackle game with a sack and a veteran leadership talk with George Pickens.
·     Matthew Wright another perfect four for four in field goals including a long of 48 yards. His directional kicks were perfect on kickoff returns.
·     Coach Danny Smith and the special teams unit overall, not just Harvin and Wright, bounced back and played a great game.

Be a fan, enjoy the win. Your team is playing better, but much more improvement is needed to think about anything more this season.