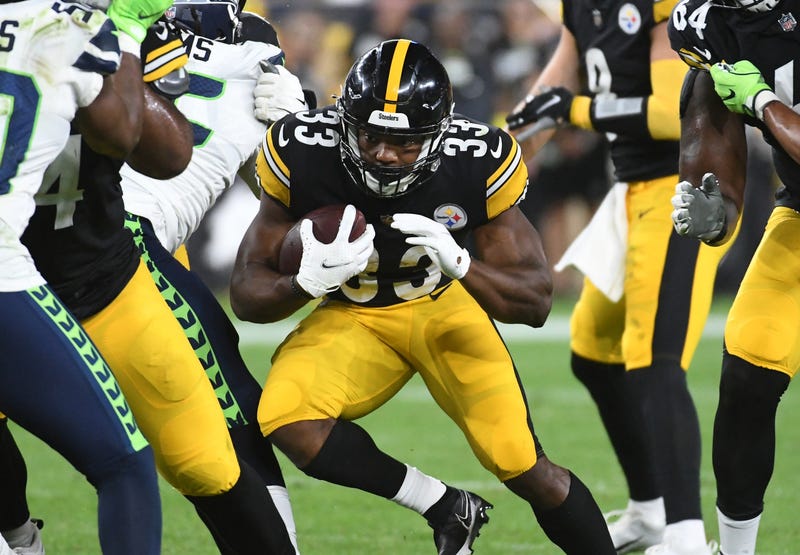 PITTSBURGH (93.7 The Fan) – Injuries to Jaylen Warren and Myles Boykin, the Steelers added a running back and receiver on Wednesday.

Tailback Master Teague was signed early in training camp and suffered a high ankle sprain ending his opportunity to make the roster. He rushed six times for 31 yards in the first preseason game before the injury. The 5’11”, 226 pounder rushed for 1,764 yards and 17 touchdowns at Ohio State. He grew up a Steelers fan and named second-team All-Big Ten in 2020 and third-team in 2019.

Receiver Ja’Marcus Bradley spent a pair of seasons with the Browns in 2020 and 2021 getting into eight games with nine receptions for 124 yards. He had a game against the Jets with five catches for 60 yards. He is 6’1”, 195 pounds with 2,359 yards receiving in four years at Louisiana-Lafayette with 23 touchdowns. In his last two seasons, 100 receptions, 1,514 yards and 20 TD.

Both go to the practice squad as the Steelers released defensive tackle Renell Wren who was on the practice squad. Tomlin did not rule out Warren (hamstring) and Boykin (oblique) for Monday night at Indianapolis saying they will see how the week plays out for both.