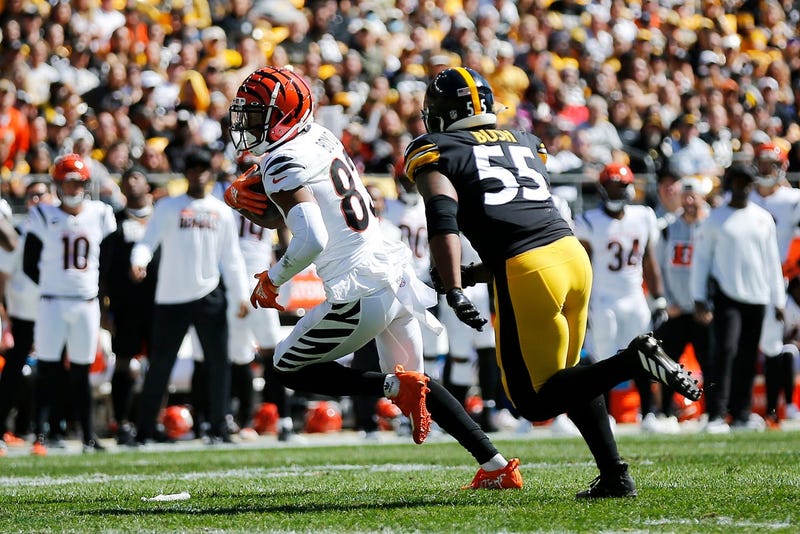 It has been open season on Devin Bush for quite some time now. Whether it’s the lingering effects of last year’s knee surgery – or something else – Bush is not only failing to perform at the level of a first round draft pick but at times he is playing like he doesn’t belong in the National Football League at all.

The criticism had been simmering for a couple of months then escalated to the point that Bush’s father - himself a former pro player - became the latest close relative of an NFL player to publicly leap to the defense of an “aggrieved” loved one. Unlike Odell Beckham, Sr. and the lovely Emily Mayfield, Devin, Sr. didn’t take to social media but made an old school phone call to debate Paul Zeise on 93.7 The Fan!

The elder Bush’s argument was that since Zeise isn’t in the huddle he couldn’t possibly criticize young Devin because he didn’t know the defensive calls. As the esteemed Ed Bouchette later put it on The Fan Morning Show –