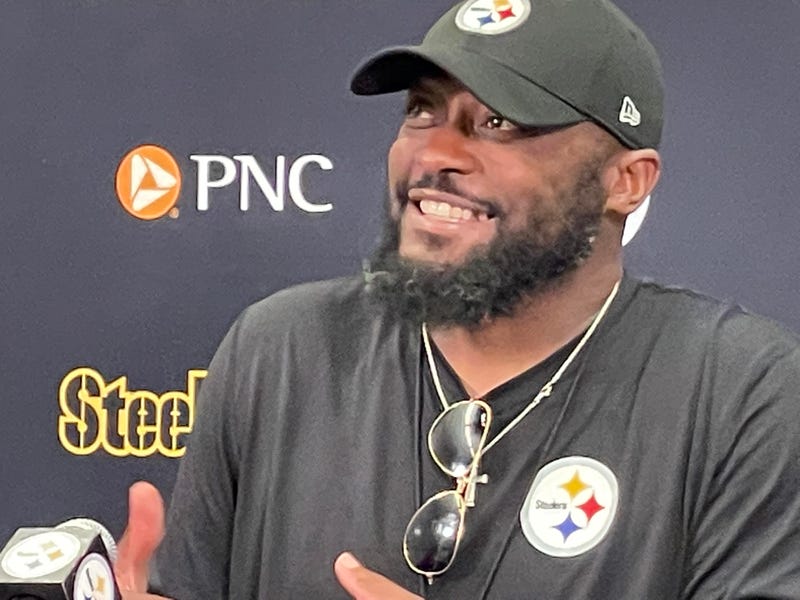 LATROBE, PA (93.7 The Fan) – Practice cut short by lightning in the area as the team missed about 11 plays in what Steelers Head Coach Mike Tomlin called ‘a very good day’ in the hot and muggy conditions at St. Vincent College. Diontae Johnson participated in team drills for the first time after signing his new contract.

“He’s a significant piece,” Tomlin said. “He’s done a good job of staying connected throughout the process. His train left the station today. I imagine there’s not going to be much of a transition in terms of him getting up to speed. I know he was excited about work today.”

Tomlin said he leaves the contracts up to GM Omar Khan, but has been in communication with Johnson.  He also appreciated the work he put in while he was holding in.

“He's got game,” Tomlin said of Johnson as a player.  “Skill relative to the position, he has at a high level. He’s got ridiculous body control. And I just think that those are significant components of determining dominance at that position.” 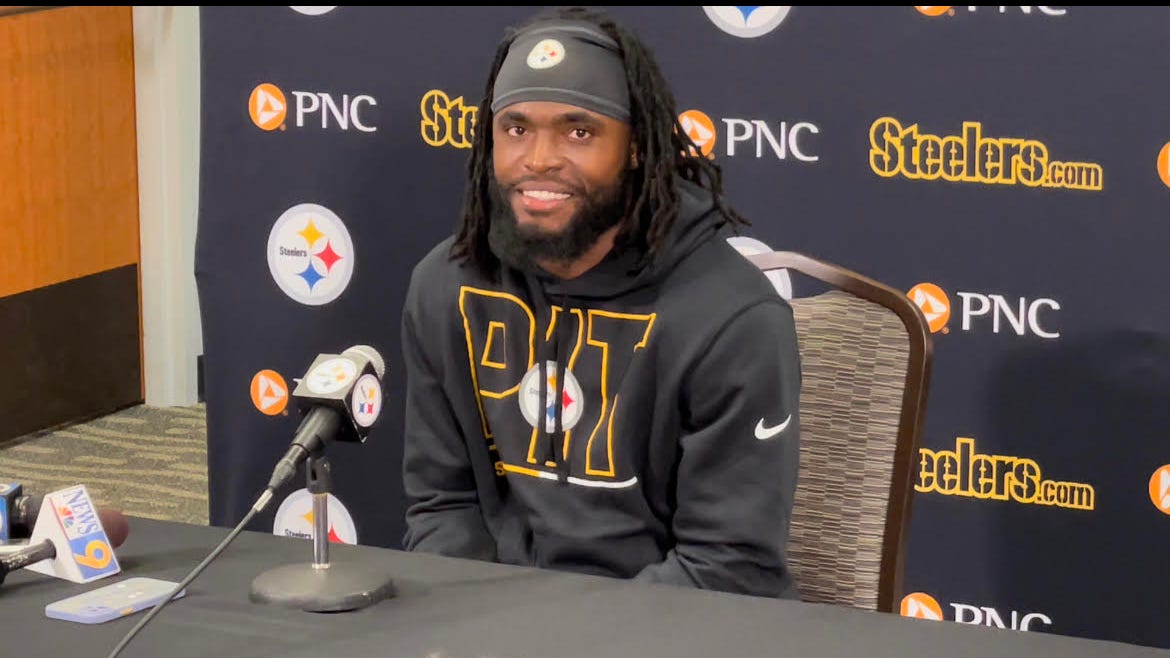 A key starter in the secondary went down with a knee injury on Thursday.  Didn’t see the play, but Cameron Sutton slowly walked off the field and then eventually across two football fields, up a hill and then up steps into the locker room accompanied by a team doctor.  The good news was he was able to walk, albeit slowly.

The 5’11”, 27-year-old started 16 games last season and has played in 68 in his five-year career.  He can play the corner and in the slot with five career interceptions and forced fumbles.  They are evaluating the injury.

Tomlin said a few suffered heat-related issues, but nothing severe.  The Steelers head coach enjoys testing his team in these conditions.

Out all camp due to suffering a right-wrist injury while on vacation at the start of camp, safety Minkah Fitzpatrick was a partial participant on Thursday.

A camp darling so far, undrafted rookie tailback Jaylen Warren suffered his first adversity.  Looking really good on the first day of full pads, pushing the pile and impressing the coaches with his conditioning.  Warren fumbled during a drill on Thursday.  Tomlin told him to ‘get his (butt) off the field’.  He said it a few times.  Now we’ll see how he responds.

The Steelers did more one-on-one drills than 11-on-11, partially because practice was cut short.  When they did do drills, Mitch Trubisky was with the first team.  The second team reps were split, Mason Rudolph would take the first two, then Kenny Pickett for four and Rudolph would finish with the last two.  Yet another wrinkle into getting the quarterbacks work.

Highlighted by a perfect TD pass from Kenny Pickett to Cody White on a fade.  White made a leaping grab getting both feet in.  Here are the first six plays:

No afternoon practice on Friday, the team will be at Latrobe HS Stadium for ‘Friday Night Lights’.  Their annual night practice starting at 7p.

“I love it because it’s a yellow bus ride,” Tomlin said of the team going over from St. Vincent College in school buses. “It’s nostalgic for the players. It’s a cool way to

stay connected to the local fans, and the proximity of the fans makes it a cool and unique experience, and it’s just awesome. If you’re a football lover, you love Friday night lights.”

“It kind of takes you back to high school with the fans in the stands,” Rudolph said.  “It will be fun, it’s something I look forward to.  It breaks it up a bit, it’s fun.  It takes you back.”