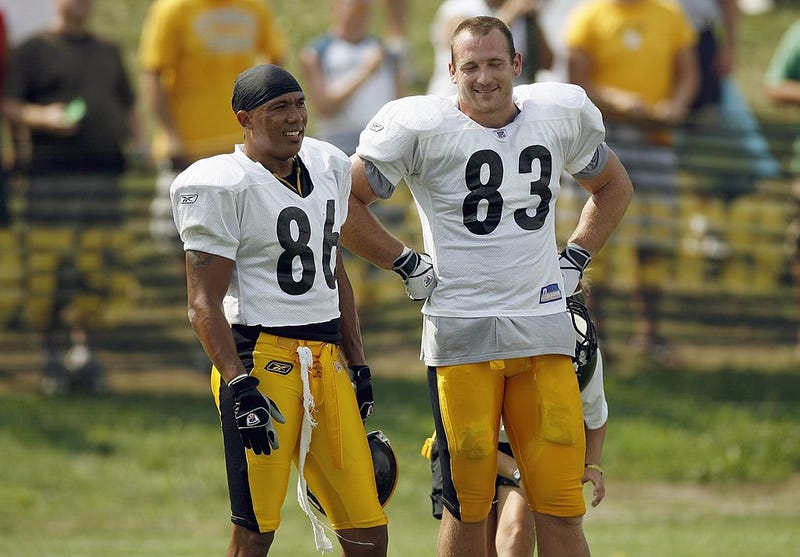 Steeler Nation was in full force in Canton last month with Troy Polamalu, Bill Cowher, Allen Faneca, Donnie Shell and Bill Nunn all being enshrined in the 2020 and 2021 Pro Football Hall of Fame and there is an opportunity for five more to be in the 2022 class.

Miller, a two-time Pro Bowler, was the Steelers first round pick in the 2005 draft and also is a two-time Super Bowl Champ. It’s Miller’s second year of eligibility.

Ward is a three-time Pro Bowler and is also a two-time Super Bowl Champion, being voted the Super Bowl XL MVP.  Ward was Faneca’s presenter this past August in Canton, after once again not being voted in for the fifth year in a row.

Podcast Episode
The Cook & Joe Show
Did Juju might the right decision?