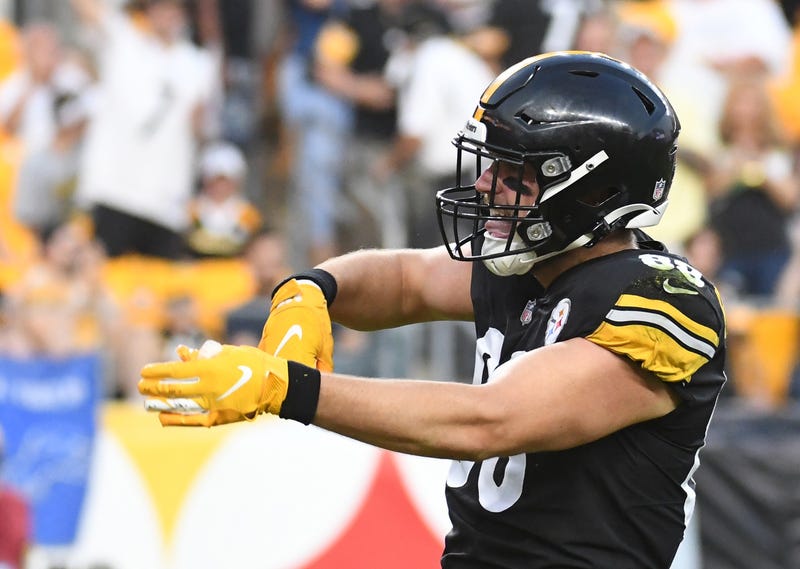 Nearly 30 years ago – 1993 to be exact - tight end Eric Green led the Steelers in receiving with 63 catches which was actually a decent amount back then. In fact, Green was 4th among NFL tight ends and tied for 28th overall.

At some point that season I remember asking Bill Cowher why they didn’t use Green out of the slot. I figured Green’s 6-5, 280-pound build and decent hands would create instant mismatches against opposing linebackers or safeties, especially on third-and-short.

Not to disparage a Hall of Fame coach but Cowher’s answer was something along the lines of “well, we just don’t do that.” Not that I was ever confused with Sid Gilman or Bill Walsh but taking full advantage of Green’s physical skills as a receiver seemed to make a lot of sense.

Of course, the game has changed since then and it’s not at all uncommon to see tight ends all over the field. In fact, a decade later Cowher specifically drafted Troy Polamalu because he was sick of his otherwise excellent defenses getting burnt by the Shannon Sharpes of the world.

This spring, instead of using their second round draft choice on, say, center Josh Myers, the Steelers picked Pat Freiermuth so he could be that kind of a tight end for them. Now, with JuJu Smith-Schuster’s season over, it’s time to start making that happen.

During his weekly, hour-long, Wednesday appearance on The Fan Morning Show, former Bill GM and long-time Steelers personnel man Doug Whaley said that is one of the ways to offset the loss of Smith-Schuster. “Use 13 personnel,” Whaley said, the “3” part of that representing tight ends.

Whaley suggested that both Freiermuth and Eric Ebron could line up as slot receivers with Zack Gentry (who has been getting more run lately, anyway) serving as the traditional tight end. The downside is that either Diontae Johnson or Chase Claypool would be on the sideline with 3 tight ends on the field.

But that’s a minor drawback. Neither Johnson nor Claypool is going to play every down, anyway. Plus, neither is Najee Harris so the Steelers could still use 3 tight ends out of empty set.

Regardless of the exact personnel package, the point is that since JuJu was lining up in the slot (almost exclusively it seemed) it makes sense to use Freiermuth or Ebron in that spot. Neither is going to block much, if at all, so let them be receivers with Gentry as the blocker but . . . don’t forget to throw him the ball, too. Each of Gentry’s catches the last two games went for first downs!

I’ve actually thought the tight ends could have been targeted more frequently all along. Of Ben Roethlisberger’s 194 passes only 28 have them have gone to the 3 tight ends. Last game, it was 5 and they caught them all.

Without JuJu, they will need to become a bigger part of the offense.