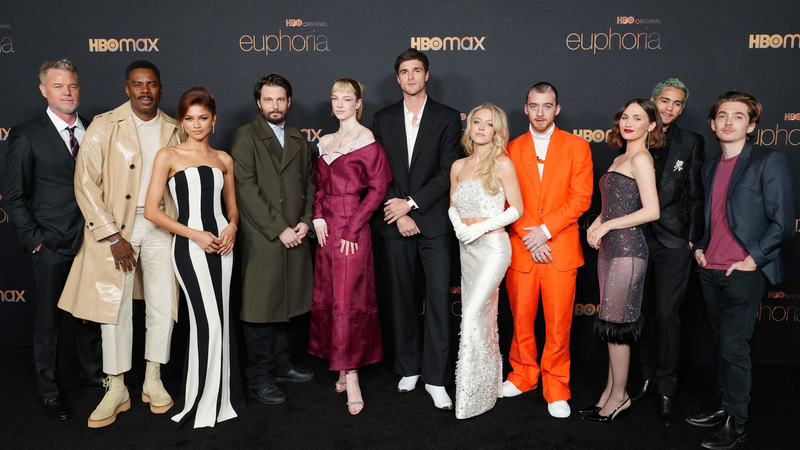 Founded in 1983, the Drug Abuse Resistance Education program aka D.A.R.E. — these days most known for those ironically worn graphic tees — apparently still exists. Re-emerging from its den of virtue to take on the HBO series Euphoria as its target.

As it’s website states D.A.R.E. is “a police officer-led series of classroom lessons that teaches children from kindergarten through 12th grade how to resist peer pressure and live productive drug and violence-free lives.”

While it’s popularity, relevancy and federal funding has since diminished since its inception, D.A.R.E. itself clearly hasn’t. And as it seems, the drug free syndicate has some strong feelings about Euphoria’s “glamorization” of substance abuse among other things.

"Rather than further each parent’s desire to keep their children safe from the potentially horrific consequences of drug abuse and other high-risk behavior, HBO’s television drama, Euphoria, chooses to misguidedly glorify and erroneously depict high school student drug use, addiction, anonymous sex, violence, and other destructive behaviors as common and widespread in today’s world," said a representative for D.A.R.E.

For those who don’t know or haven’t been able to gather, Euphoria, follows a group of L.A. high school students, led by Zendaya, who chase various highs while navigating the pitfalls of high school. Often depicting drug addiction problems among other serious issues that young people face in America. Creator Sam Levinson based the series in part on his own experiences with addiction as a teen, and has spoken to his desire of seeking to capture something “raw and honest.”

Euphoria’s first season earned three Emmy wins for the series, including outstanding lead actress in a drama for Zendaya, however D.A.R.E. believes the series shouldn’t be celebrated.

“It is unfortunate that HBO, social media, television program reviewers, and paid advertising have chosen to refer to the show as ‘groundbreaking,’ rather than recognizing the potential negative consequences on school-age children who today face unparalleled risks and mental health challenges," the D.A.R.E. rep continued.

Knowing very well that the subject matter is heavy, ahead of the second season’s premiere, Zendaya took to IG to make sure everyone knew what's up, saying — “I know I’ve said this before, but I do want to reiterate to everyone that Euphoria is for mature audiences. This season, maybe even more so than the last, is deeply emotional and deals with subject matter that can be triggering and difficult to watch. Please only watch it if you feel comfortable. Take care of yourself and know that either way you are still loved and I can still feel your support.”

Additionally, a trigger warning for “violence, nudity and sexual content that may be disturbing to viewers” appears before each episode. As well as a list of information about a crisis text line and other resources at the end.

Despite this, D.A.R.E. has let it be known that "We would welcome the opportunity for our team, including members of our high school-aged Youth Advocacy Board, to meet with individuals at HBO who are involved with producing Euphoria to present our concerns directly.”