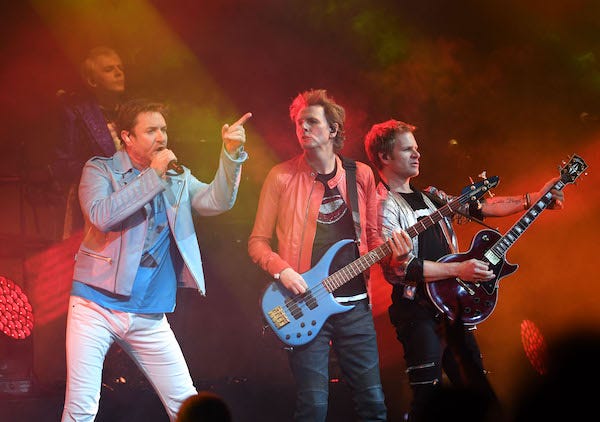 Last November, former Duran Duran guitarist Andy Taylor revealed his diagnosis with incurable stage four metastatic prostate cancer. Though Taylor “did a lot of preparation” to join the band at their Hall of Fame induction, the treatments left Taylor too weak to perform.

Now in a new interview, Duran Duran's Andy Taylor opened up about his diagnosis, explaining that he first noticed the symptoms four-and-a-half years ago, per The Guardian: “I was out jogging, and I started to notice what you would think was a kind of arthritic sort of pain, and I never thought more of it than that. I started having these symptoms … and then I noticed on my neck I had what felt like tumours."

“[The consultant] said it was stage four, metastatic – which is a death sentence. No one could be prepared for that day,” Taylor added.

Andy now only has one focus: Living the most of his life. “I’m gonna live life," he says. "I’ve made three albums since [my diagnosis], I went on the road with some friends of mine, the band Reef, and played some shows, which were fantastic."

“I often say to people, every minute’s like an hour, every day’s like a week," he adds. "You really wanna get the most out of life.”

Browse and follow more of Audacy's all-new stations like New Wave Mix Tape, 80s Guitar, Rock N’ Road, Freedom Rock, The Canyon, Arena Rock, Wake Up and Rock, and The Roots of Rock for those who crave the early days.