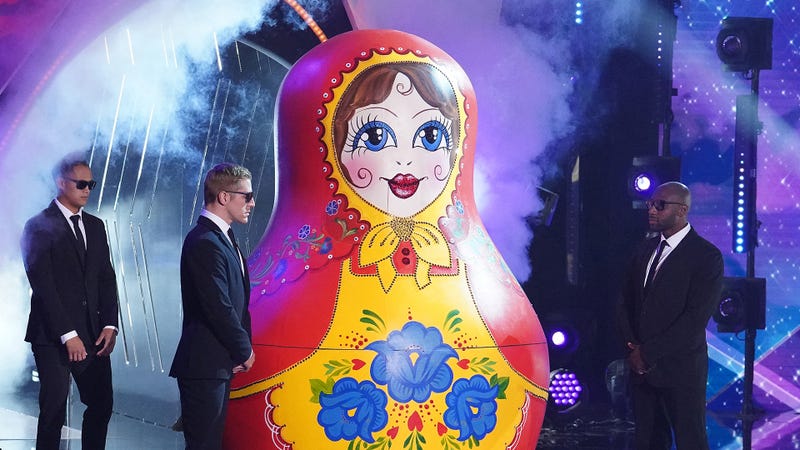 Consider this your spoiler alert if you're behind on Fox's The Masked Singer.

History was made on May 12, as the brothers Hanson were officially unmasked as the very first complete band to perform on the celebrity-infused competition show. Take it off... Take it off...

Twist it off... Host Nick Cannon had quite a bit of trouble figuring out how to even approach opening up the intricate disguise, and after receiving some help finally revealed Isaac, Taylor, and Zac Hanson squished into one of the largest costumes to ever hit The Masked Singer stage.

The panel of judges offered guesses ranging from Sugarland, Boyz II Men, and Barenaked Ladies, to Savage Garden, and Devo -- but it was guest panelist "Never Wrong" Rob Riggle who had them pegged all along. The band's die-hard "Fansons" were also well aware it was them, after putting the harmonic pieces together when a leak of one of the Russian Dolls’ performances showed up in early March. Nevertheless, it was an epic unveiling.

Taylor Hanson was thrilled to be a part of the show saying, “You're always seen as a certain thing. People think they know what you are. And [it’s nice] to be able to just start with music and focus on singing, and say, ‘Hey, you don't know what's behind this.’” Zac Hanson joked as they were revealed, “you know, we have never taken to the stage wearing matching outfits before, but I think this might become a thing, you know?”

Taylor added, “You want more of us in spandex, is that what you're trying to say?” He also said the group was happy to be “stretching different muscles as arrangers. We could throw to one person singing one part, and do lead switching, and also bring something different to the show. They hadn’t had harmony, or harmony within a group because there had never been more than two people. So we just felt like that combination of elements, really did appeal to the opportunity that also presented itself by us not being in a regular time where oftentimes we’d be on tour, and go from city to city.”

The guys attempted to throw viewers off of their scent by adding more dolls to the stage, pushing the limits of the show's rules of engagement. “There are certain kinds of rules they’re trying to play by,” Zac explained. “You don’t really want to have extra performers that are part of the actual contestant outside of the dancers and so we try to use the dancers to move the dolls when they were off-camera." 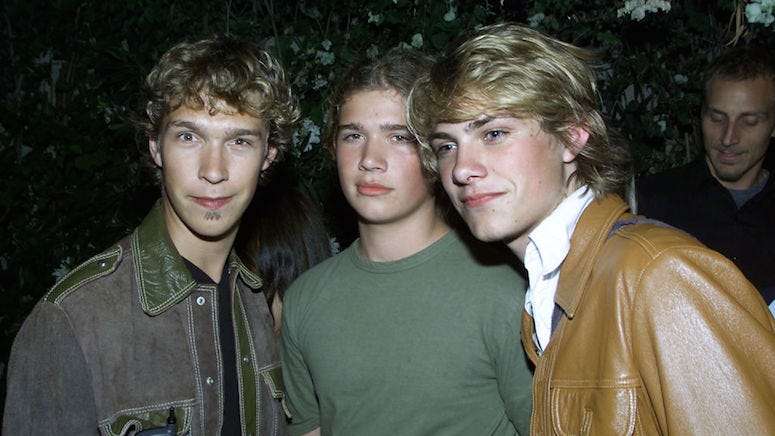 "There were a couple of cases where the dolls were moved on camera, or the large doll was stationary," Zac added, "and you didn’t really know, is there somebody in there? That was just trying to make the game more fun. At one point, there was going to be a robotically controlled fifth doll, but it apparently broke the rules. It was too much.”

Zac continued, saying “On the one hand you’re proud of being able to trick people into thinking you’re somebody else. And the other hand if you have three people up there singing and harmonizing and at some point pretty quick, they don’t compare you to yourself, you’re like, ‘Hey, haven’t you thought of Hanson?!’"

The brothers performed Elton John's classic “I’m Still Standing” for their final song while taking on Michael Jackson's “Man in the Mirror,” Shawn Mendes' "Wonder," Jason Derulo's “Want to Want Me,” Bruno Mars' “24K Magic,” and the epic Gaga/Cooper collab “Shallow” during their run this season.

WATCH MORE: 10 of the biggest and best one hit wonders of the 90s