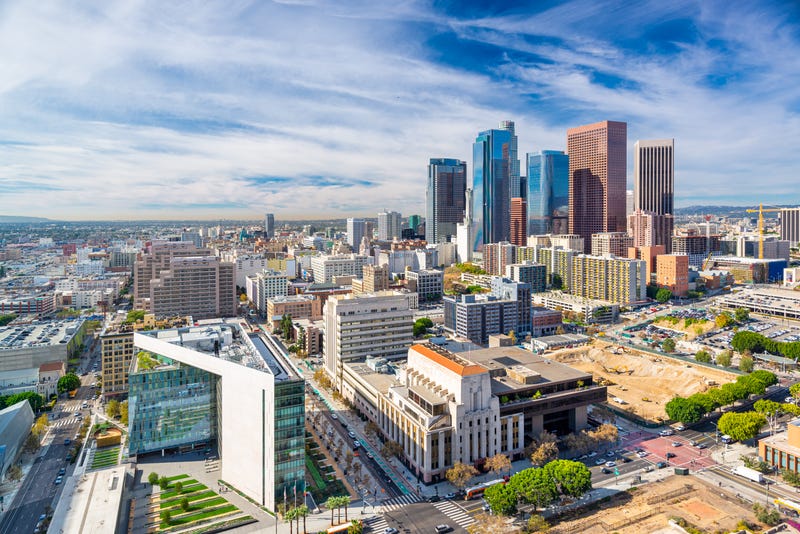 LOS ANGELES (CNS) - Next year's Super Bowl LVI is expected to deliver as much as $477.5 million to the Los Angeles economy, including thousands of new job opportunities in the event-production and hospitality sector, plus major contracts for local businesses, according to projections released today.

The event at the new SoFi Stadium in Inglewood will generate visitor spending thanks to the numerous events leading up to the game on Feb. 13, according to a report by Micronomics Economic Research and Consulting.

The economic boost could be a turning point in the region's economic recovery from the COVID-19 pandemic, especially for small businesses and industries hit hard by the pandemic like restaurants and hotels, according to the report's authors.

The entire L.A. region can expect Super Bowl LVI to generate economic benefits between $234 million and $477 million, including tax revenue ranging between $12 million and $22 million, according to the analysis.

Thousands of visitors to regional hotels, restaurants, entertainment venues and retail businesses could generate up to 4,700 new annual jobs in the L.A. region, the Los Angeles-based economic research and consulting firm concluded in the report.

The city of Inglewood will also realize significant economic gains, with Super Bowl LVI being among the first major events at the SoFi Stadium complex.

"When our city welcomed the newly completed SoFi Stadium and YouTube Theater, we were cautiously optimistic to see the projected economic benefits, tax revenues and jobs potential for the community," Inglewood Mayor James Butts said in a statement. "With a potential $52 million stimulus for the total Inglewood economy (purchases, jobs and businesses) for Super Bowl week, this report paints an encouraging portrait of what those economic impacts could look like for all of Inglewood."

The report noted that economic benefits for Inglewood will grow with each major event that brings thousands of out-of-town visitors. The stadium is expected to generate about $670 million in net fiscal impact to Inglewood's general fund over 25 years, according to the report.

"Small businesses are the beating heart of our economy, and we're eager to seize upon every opportunity to benefit them," Los Angeles Mayor Eric Garcetti said in a statement. "As one of the world's greatest sporting events, the Super Bowl is an extraordinary chance to lift up our businesses and strengthen our region for generations to come."

The L.A. region is slated to host the Major League Baseball All-Star Game next year, the College Football Playoff National Championship in 2023, the U.S. Open in 2023 and the 2028 Summer Olympic and Paralympic Games.