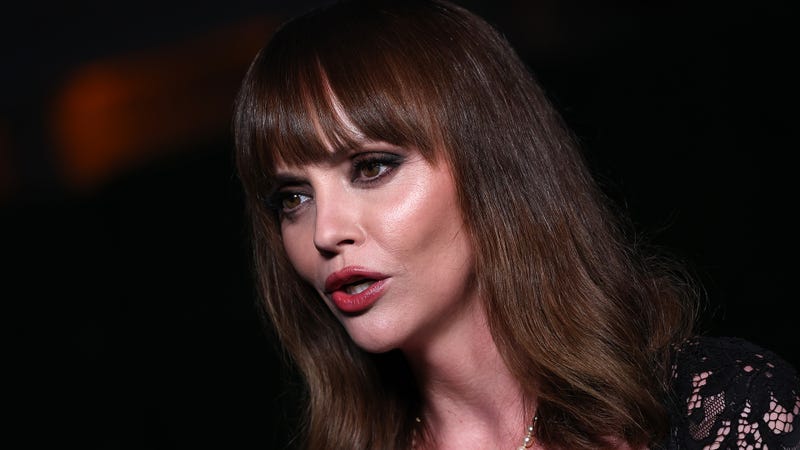 You know and love her roles in such classic flicks as The Addams Family, Buffalo '66, Fear and Loathing in Las Vegas, The Ice Storm, Sleepy Hollow, and many more over three decades in the industry -- actor Christina Ricci joins the WTF with Marc Maron podcast this week to talk shop.

Ricci grew up around enough chaos to make her want constant control, which is why her role in Showtime's Yellowjackets is such a different experience for her. As she tells comedian Marc Maron on this week's WTF podcast, Christina decided to surrender knowing anything about the direction of the show and its characters, and that lack of control is infused in her performance as Misty Quigley.

Also during their chat, Christina discusses the lessons she learned from Cher while making her first film, 1990's Mermaids, where she plays the icon's young daughter, Kate, alongside co-stars Bob Hoskins, Winona Ryder, and more.

At the age of nine, Christina was the first child in her family that her mother allowed to take the plunge into acting, after all of her siblings had been scouted in the past. To this day, she remembers Cher as being "amazing, and I have to say one of the most incredible people," adding, "just a good person; a good, realistic, practical person. Solid."

Ricci remembers fondly the working days and sleepover weekends at her house in Malibu: "She was just so lovely, and when I was doing the movie, what was amazing is that I wasn't just some kid that was around. She saw me as a human being and was like, 'oh, you must be really confused about what's going on, let me explain this to you.' She literally would explain everything to me, and if it was something she couldn't explain in front of people she'd take me in her trailer." One of those awkward times, she remembers, was when the film's directors was suddenly replaced. "She didn't want me to feel worried," Ricci explains. "She would have production meetings in her trailer and she would hide me in the back so I could hear what was going on, which was amazing to do with a kid."

At such a young age, and so new to the business, Christina was also very unsure of how emotional scenes should be portrayed, and Cher was always there to walk her through different processes. That, ultimately, became how Christina started to put together her own craft; by watching others closely and picking up different techniques that looked like they could be beneficial for her.

32 years later does she think it worked? "I think so, I'm not sure," Christina says humbly.

Listen to the full episode for more with Christina Ricci, including her thoughts on the much-loved movie that she can’t stand watching herself in and her long-time-coming partnership with Juliette Lewis -- now streaming on Audacy -- and follow along for more revealing conversations with your favorite comedians, actors, directors, writers, authors, musicians, and folks from all walks of life.

While you're in the mood, hear your favorite Cher tracks and more on Icons and Divas -- now streaming on Audacy

Plus, browse and favorite more of Audacy's all-new stations like The 70s, 80s Underground, New Wave Mix Tape, ALT Roots, 80s Guitar, Rock N’ Road, Freedom Rock, The Canyon, Arena Rock, Wake Up and Rock, and The Roots of Rock for those who crave the early days.