It's the most popular phrase in basketball and one of the all-time slogans in sports—﻿Trust The Process.

It represents everything the Philadelphia 76ers have been through since Sam Hinkie was hired in 2013 and Joel "The Process" Embiid was selected in the 2014 NBA Draft. 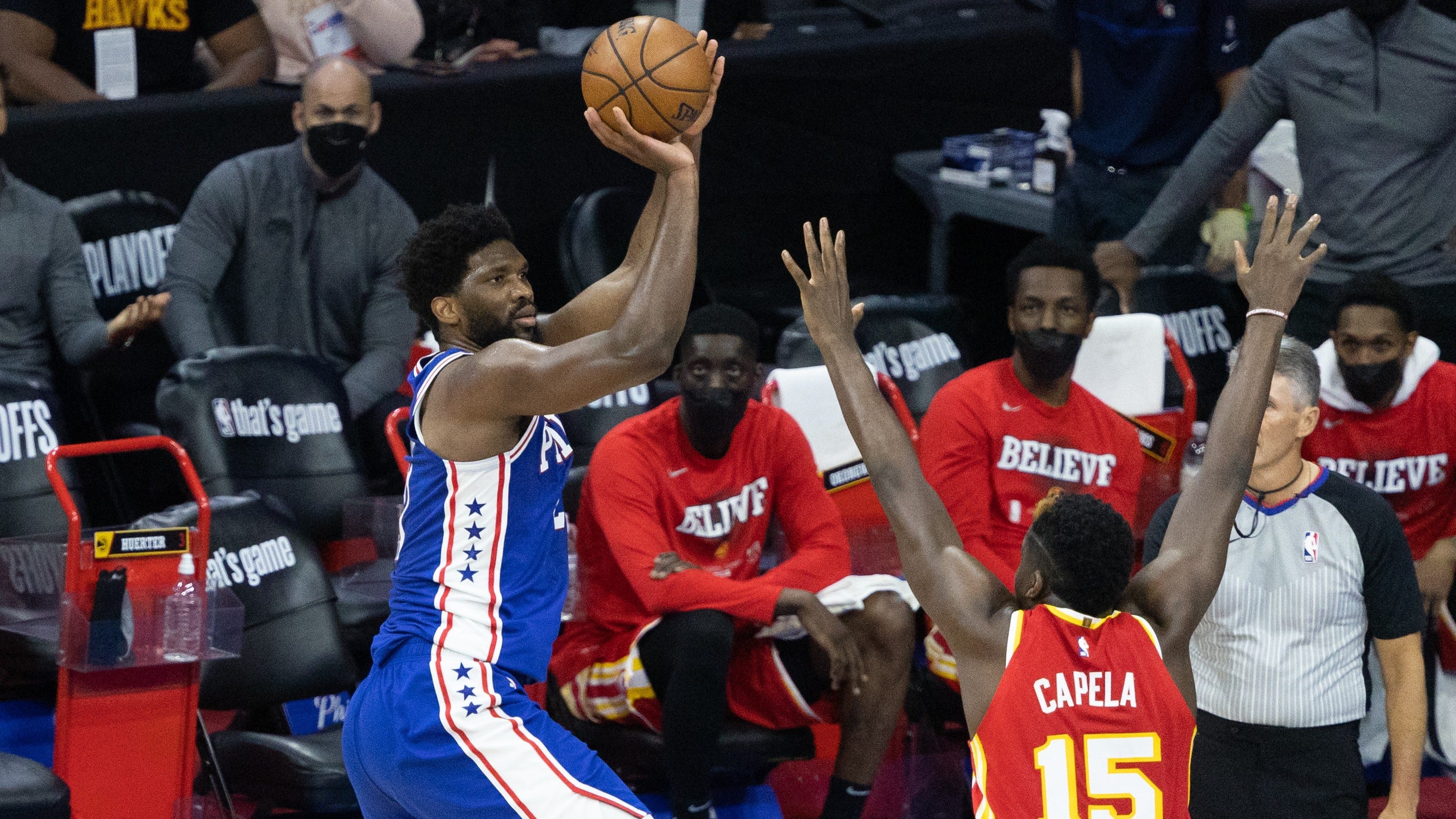 Joel Embiid on not winning MVP: 'I'm focused on winning the championship'

The rallying cry is often chanted by Sixers fans when Embiid is at the free-throw line, something that once again occurred in the middle of Philadelphia's Game 2 win over the Atlanta Hawks on Tuesday night.

However, this time, national play-by-play TNT announcer Brian Anderson incorrectly told everyone watching Sixers fans were chanting, "Let's Go Process" and his color commentator, Jim Jackson—nor anyone on the production team at TNT—corrected him.

One difference between Ian Eagle or Kevin Harlan and Brian Anderson is neither Eagle or Harlan would think the Philly fans are chanting, "Let's go Process!" #NBAonTNT #TrusttheProcess

Hold on changing my book title to 'Let's Go Process.'

Not a great night for TNT’s Brian Anderson.

He wasn’t aware of the Frosty Freeze Out at first and then called the frosty a smoothie.

"Let's go process, the chant from the crowd."

As for the game, "The Process" himself dropped a 40-burger and the Sixers won Game 2 easily.