It is not a question anyone expected Doug Pederson to be asked just three weeks into the 2020 season.

Monday morning after the team’s 23-23 tie to the Cincinnati Bengals, however, Pederson was asked by Angelo Cataldi on SportsRadio 94.1 what it would take for him to try another quarterback after Carson Wentz turned in his third-straight terrible game.

“No. No. You don’t go there. That is a knee-jerk reaction. That is a reaction to things that are sometimes, you know, the aura that is out there,” Pederson said. “That is not what we believe internally and we are going to continue to get better. Carson is our quarterback. We are going to get it fixed, he is going to get it fixed and you know, we got a long season — we are only a half-game out of first place for goodness sakes. The whole division right now is not playing very good football. So, we are not that far off.”

Wentz finished the game 29/47 for 225 yards, one touchdown, two interceptions and a passer rating of 62.8. He once again had issues with his accuracy, missing wide-open receivers throughout the game.

His worst miss of the day came with just over 10 minutes to play in the fourth-quarter, with the Eagles trailing by four points and facing a 3rd-and-8. Wentz had a wide-open Miles Sanders streaking down the sideline, but sailed the ball over his head. 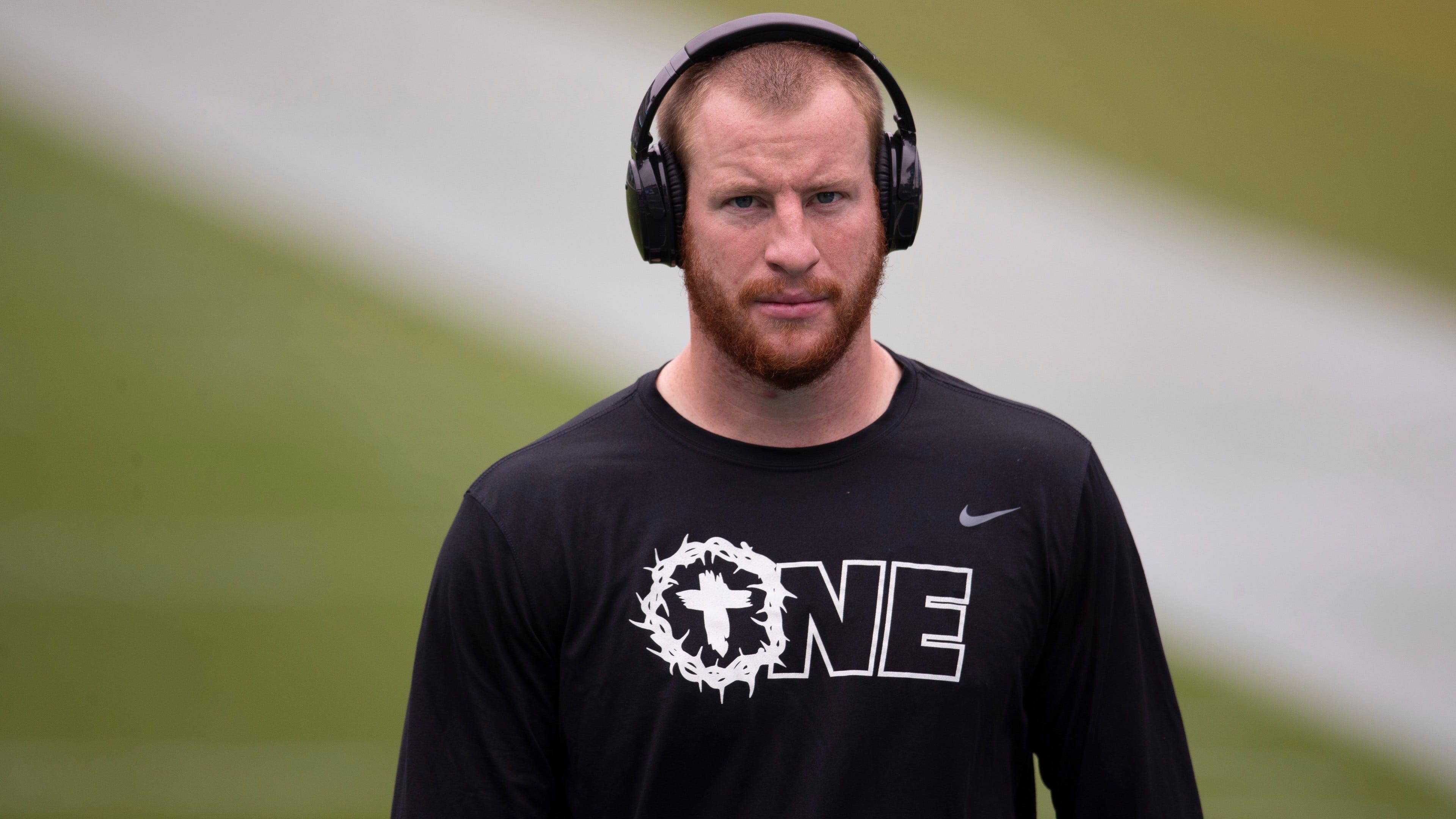 Pederson on benching Wentz: 'No, you don't go there'

“That is a tough one. That is a hard one. It was a play that we put in during the week specifically for Miles. We knew the Bengals would jump to the man coverage, which they did, and we had the one-on-one matchup. One of the things too, we haven’t had Miles out there in the empty-world, we hit it in practice a couple of times,” Pederson said. “It is hard to put a finger on it. That is one of the plays he would love to have back. I know he would. We are professional athletes and coaches, we got to make those plays. We try to put our players in position to be successful and give them opportunities, and we have to look at ourselves in the mirror this morning and figure this out.”

Become a more informed bettor with BetQL. With BetQL, you get sports betting data on every Eagles game and type of wager. Get the data sportsbooks don't want you to know about!

The Eagles next play on Sunday night against one of the bests teams in the league, the San Francisco 49ers.

What we now know for sure is that Wentz will be the quarterback.

How he will play, however, is anyone’s guess.