Jalen Hurts sure does not sound like a 24-year-old kid.

Just hours off of playing the best game of his career on Monday Night Football where he became the first player in NFL history to throw for over 300 yards, complete 80-percent of his passes and rush for multiple touchdowns, Hurts admitted he is not satisfied.

"To perform at a high level, and still leave so much money on the table...It's exactly the same message this week [as last week], in terms of the standard not being met," Hurts said. "We have a standard for ourselves and it only rises. Hell of a game tonight, but it's a hell of a lot to learn from. And as a football team, as a collective group, we have to learn from it."

Hurts went five for five on his first drive, completing passes to four different receivers. A.J. Brown (5), Dallas Goedert (5), and DeVonta Smith (7) all caught five-plus passes and Quez Watkins (2) caught a 53-yard touchdown. Hurts got everyone involved in the 24-7 win. 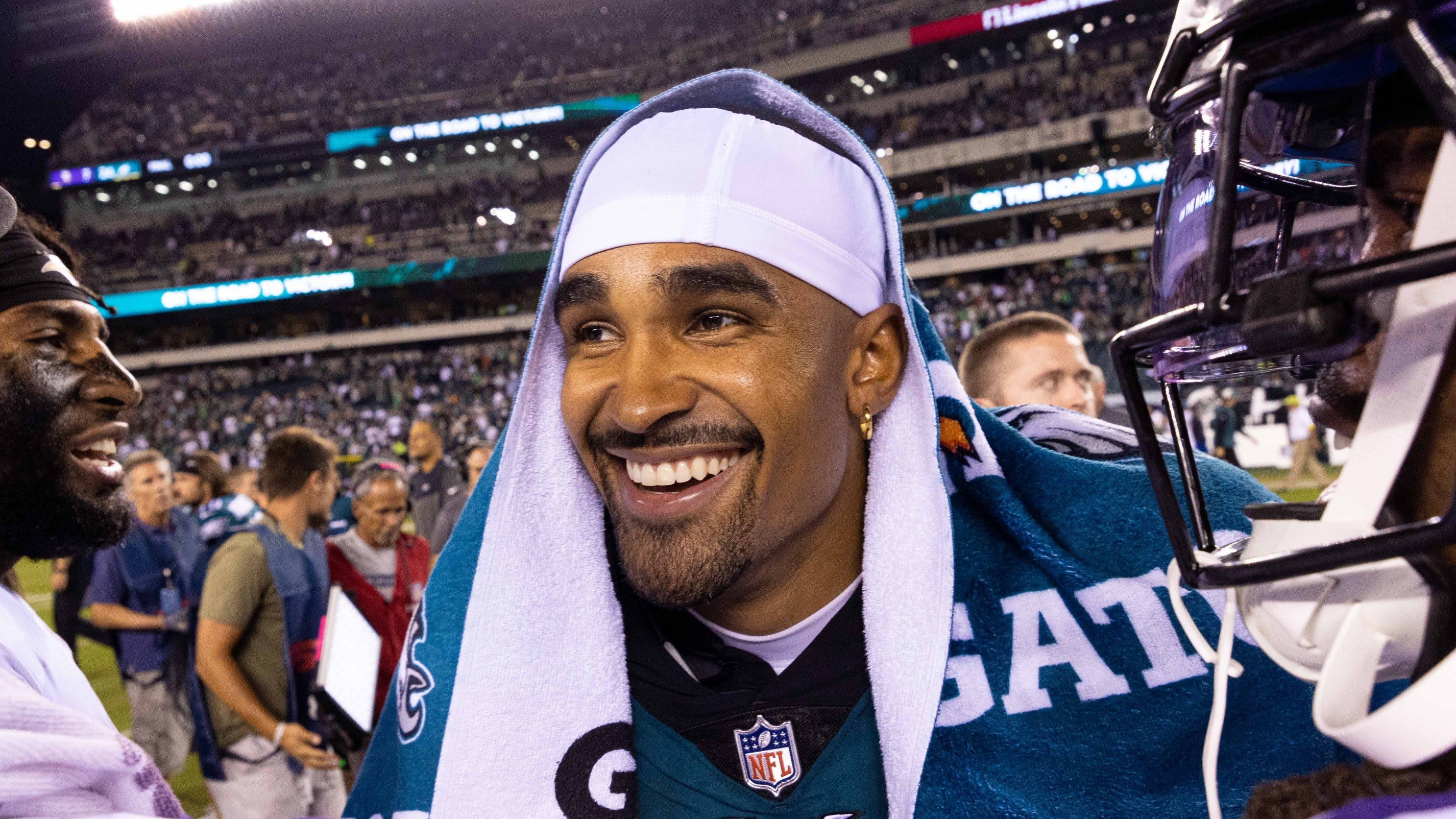 Roseman's most controversial draft pick is becoming his best

"Whatever is getting us wins, that's how it rolls," Hurts said when asked if this is how the offense is supposed to work. "I've said all week, I just want to win, I don't care how it looks. I don't care if that's me rushing a lot, Miles rushing a lot, whatever it takes."