A year ago, if you had ranked Carson Wentz as the 18th-best quarterback in the NFL, Philadelphia Eagles fans would have been irate.

Former NFL quarterback and current NBC analyst Chris Simms recently revealed that Wentz is the No. 18 quarterback on his top 40 countdown for 2021, which figures to make Eagles fans upset, but for entirely different reasons than it would have at this time last year. 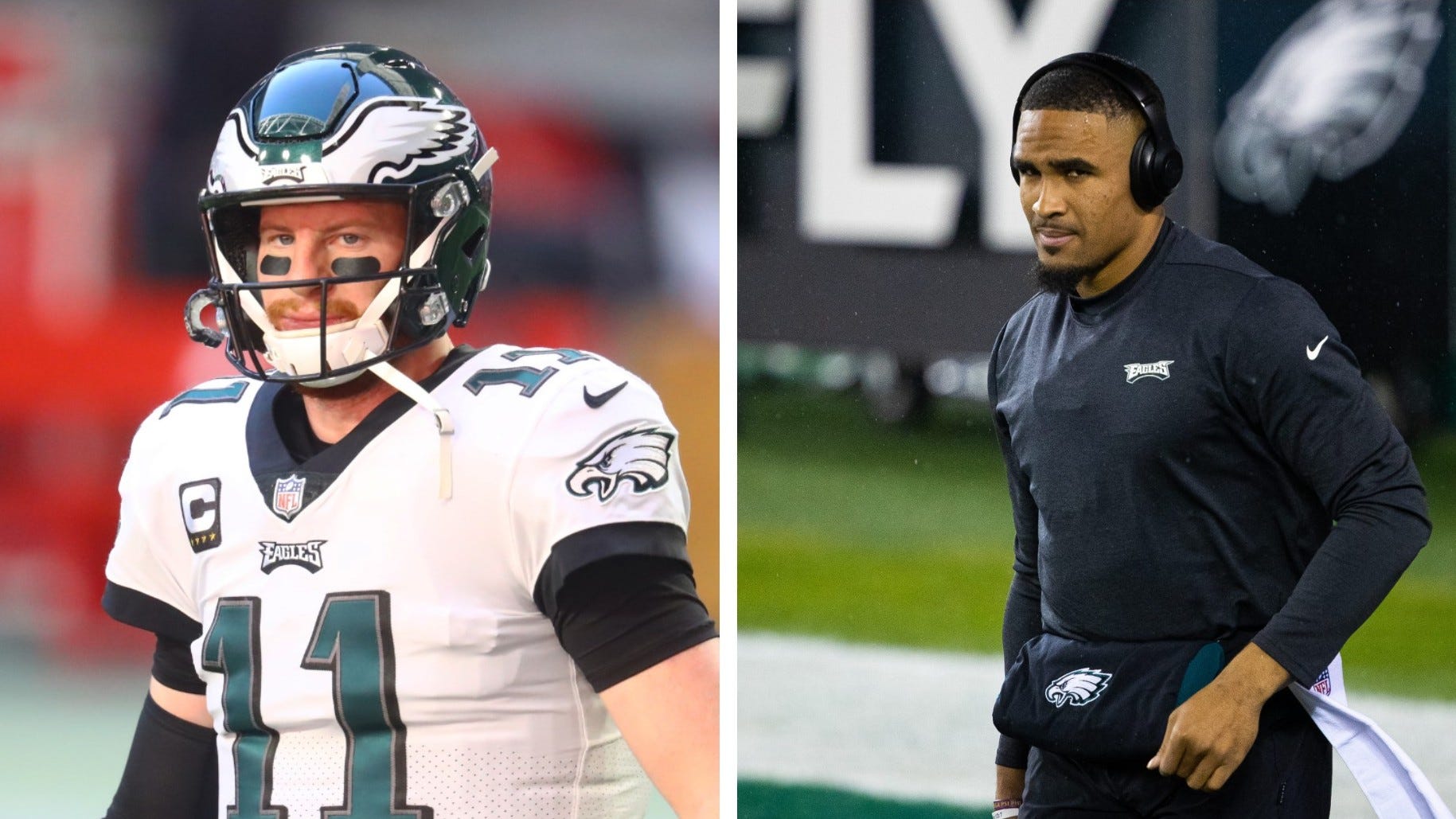 Simms says that in hindsight, Wentz carrying the Eagles to the postseason in December of 2019 gave the organization and fanbase false hope about the team's chances to make a postseason run in 2020.

"Last year was rough - we know that," Simms admitted. "But, I've seen enough in Carson Wentz's career. ... We just had this conversation with Sam Darnold, s*** and s*** and s*** around him. What did people really expect out of Carson Wentz? What was wrong with last year more than anything was the unrealistic job in how he carried the team in 2019 to the playoffs that gave people false expectations. I can sit here and look at the 2020 schedule and look at the Eagles and go 'There's not a game on here - maybe other than late in the year - other than Washington Week 1 where you go Philly definitely should have won that game, they were better than those teams.'

"Who were they better than? Who was he throwing to? The offense wasn't very good. They didn't run the ball. They have nobody to be scared of throwing the ball."

Simms would go on to acknowledge that Wentz - traded to the Indianapolis Colts in March - turned the ball over at too high of a pace in 2020, in part because he was trying to do too much.

"Now, he let the situation around him affect him last year. And it pushed him to make some poor decisions and then try to carry the team like he did the year before. And it came back to bite him in the butt. Yeah, he was too reckless with the football. He was too 'Oh, I'm gonna make a play and carry the team here.' It became a little like Deshaun Watson a few years ago, where you felt like every time he dropped back it was the last play of the game. You were like 'Something good is going to happen, or it's going to be a disaster.'"

Even though he only started 12 games, Wentz finished in a tie for the league lead in interceptions at 15. Wentz fumbled the ball 10 times as well, with the Eagles losing six of those. The Eagles did have a musical chairs offensive line, without much juice in terms of skill-position talent. Doug Pederson's offense was underwhelming - to say the least - in his final season as the team's head coach. But there's certainly responsibility to be bared by Wentz, who Pro Football Focus says was the 32nd-ranked quarterback in 2021.

Wentz will get a chance to revive his career in Indianapolis, reunited with former Eagles offensive coordinator Frank Reich. The Colts have arguably the best offensive line in the NFL, and a three-headed monster at running back with Jonathan Taylor, Marlon Mack and Nyheim Hines. There's no reason for Wentz - who was Simms' No. 6 quarterback entering the 2020 season - not to have a major bounce-back in his first season with the Colts.

Notably, Wentz's successor - Jalen Hurts - didn't crack Simm's top 40. A second-round pick in 2020, Hurts started the final four games of the year, with the team going 1-3. That said, the Eagles upset the New Orleans Saints in Hurts' first start, and he played at an extremely high level a week later in a 33-26 loss to the Arizona Cardinals. Also, if the Eagles hadn't tanked in Week 17, who knows if they would have lost to the Washington Football Team. While impressed by his running ability, Simms says he still believe Hurts is "a project" as a passer. 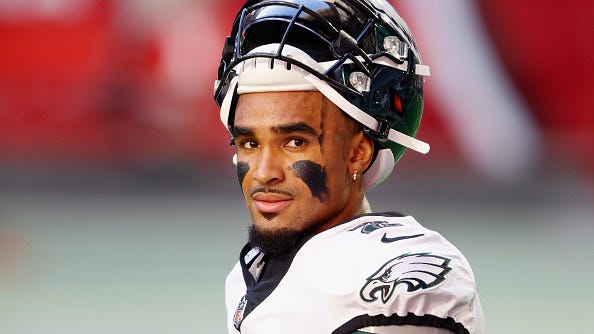