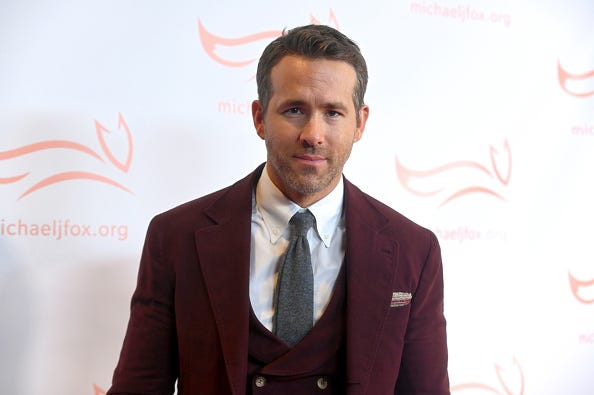 Ryan Reynolds has a great sense of humor, which is on display in the latest ad for his brand, Aviation Gin.

Reynolds and his team used the controversial Peloton ad as inspiration to put out a sequel starring the "Peloton Wife," Monica Ruiz.

Ruiz’s role differed slightly in the gin ad.  Instead of working out to get in shape, she was mourning her relationship and looking forward to “new beginnings.”

Following what seems to be a terrible breakup, Ruiz is out drinking with her girlfriends who are being supportive and cheering her up.

An emotionless Ruiz comments that “this gin is really smooth” and her girlfriends offer to get her another one.

“To new beginnings,” Ruiz says as she gulps down her drink and then reaches for another one.

Off-camera, one of the friends is heard telling Ruiz that “she looks great,” a not-so-subtle jab at the fitness brand.

Reynolds shared the commercial on his Instagram page and trolled the brand even further with the caption, “Exercise bike not included. #AviationGin."

Peloton’s ad titled “The Gift That Gives Back” debuted in early November and features a fictional husband (Hunter), who gifts his wife a Peloton stationary bike for Christmas. As a result, the wife documents her journey with the bike through a series of daily selfie videos explaining her process.

The commercial ends with them watching her fitness diary together.

The response to the ad was dark and negative with social media users calling it sexist. One user wrote, “Nothing says ‘maybe you should lose a few pounds’ like gifting your already rail thin life partner a Peloton.”

Ruiz told Deadline she appreciated both gigs but wasn’t ready for that level of negativity.

“I was happy to accept a job opportunity earlier this year from Peloton and the team was lovely to work with. Although I’m an actress, I am not quite comfortable being in spotlight and I’m terrible on social media. So to say I was shocked and overwhelmed by the attention this week (especially the negative) is an understatement,” she said.

Ruiz added, “When Ryan and his production team called about Aviation Gin, they helped me find some humor in the situation. I am grateful to both Peloton and now Aviation Gin for the work and giving me the opportunity to do what I love to do.”