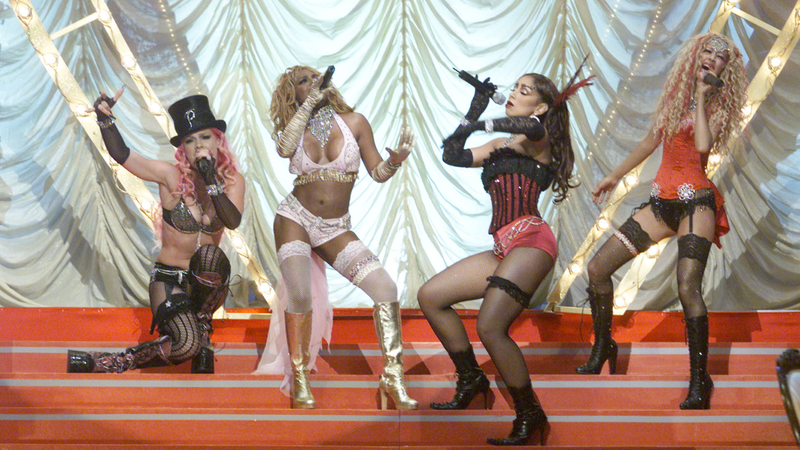 Twenty years ago, five badass women— Christina Aguilera, Mýa, Lil’ Kim, Pink and Missy Elliott— came together to make history. It wasn’t just a cover or the lead single from a movie soundtrack, but a moment that many are still begging to be recreated. Allow us to take you back to the days of TRL with the story behind the 2001 chart-topping hit, “Lady Marmalade.”

Originally written and performed by The Eleventh Hour—Kenny Nolan & Bob Crewe— it was popularized by LaBelle, ‘60s female group consisting of Patti LaBelle, Nona Hendryx and Sarah Dash. The 1974 version of “Lady Marmalade” peaked No. 1 on the Billboard Hot 100 and Hot Soul Singles charts in 1975 and spent 18 weeks on the chart. The “infectious recording” is also certified Gold by the RIAA and was recently preserved by the National Recording Registry.

Although the song was covered in 1988 by the British group, All Saints, and remixed by Timbaland for the Dr. Dolittle soundtrack, nothing compares to the distinct 2001 remake, produced by Missy Elliott and Rockwilder. 2001’s “Lady Marmalade” was the lead single from the Moulin Rouge soundtrack and brought together four women during the peak of their careers to remake the timeless hit and top charts yet again. "Lady Marmalade" is one of the rare songs in history to reach No. 1 separately by two different musical acts.

Journalist Bianca Gracie expressed the remake “highlighted each artist’s signature style: Lil Kim’s raunchy raps, Pink’s soulful tone, Mya’s sultry coos, and Aguilera’s theatrical vocal runs.” In a recent interview with Cosmo, Elliott reflected on her process behind bringing the collaboration to life. “We wanted to showcase each of the ‘four badass chicks from the Moulin Rouge’ bringing together their different skills and personas into a true celebration of diversity, talent, and female unity,” she stated.

According to Cosmo, the four artists recorded their vocals separately, but came together in-person for the first time for the video shoot, which took two days. Despite some rumored tension, they all did what had to be done. Aguilera expressed, “I think the overall goal was to go big or go home.” Mýa recalled, “the moment was very empowering, because women are usually pitted against each other, especially in entertainment. There was none of that, to my recollection. It was truly about coming together, being women, being slightly over the top, expressing ourselves, and exuding our bold approach to being sexual beings.”

The standout single spent five weeks topping the Billboard Hot 100 chart and garnered itself a GRAMMY win for Best Pop Collaboration with Vocals. Not to mention they were all able to perform “Lady Marmalade” at the 2002 GRAMMYs, alongside Patti LaBelle.

The empowering visual has amassed over 385M views and counting, winning both Best Video of the Year and Best Video from a Film at the MTV VMAs. Twenty years later, the track is one of biggest hits for each its leading lady and is still doing numbers— surpassing 200M streams on Spotify, as of August 2020. And let's not pretend like you don't still swear you're fluent in French singing, "voulez-vous coucher avec moi, ce soir?," even if you don't know what it means. It's okay we were all there.