We’ve seen Steph Curry smiling and splashing his way to another MVP-caliber season, but he showed another side to his game Sunday afternoon. Angry Steph exploded onto the scene after frustrations with the refereeing crew bubbled over in the fourth quarter of a tense contest against the Los Angeles Clippers.

With about nine minutes left and his team up nine, Curry drove hard to the bucket and collided with the Clippers guard Terance Mann. When the referees didn’t blow their whistle despite the significant contact, Curry went ballistic and got a technical foul from Gediminas Petraitis. Curry had to shake his head a few moments later, when the refs erased another 3-pointer by whistling Nemanja Bjelica for a moving screen.

Steph eventually channeled that anger into a quick nine-point barrage in the span of 75 seconds. After his trifecta at the 5:21 mark, Curry had to throw up a ‘T’ sign, because the lead doubled to 18 from the time he got T’d up and there’s nothing the refs could do to stop this deluge.

It started with the referee T’ing up Steph Curry. It ended with Steph T’ing up the ref. pic.twitter.com/pernQDoYEN

So, what did Steph exactly mean by his fired up hand gesture?

“You can decide,” Curry said with a smile. “It’s open for interpretation.”

“You can decide. It’s open for interpretation.”

Steph Curry on what the T signal he gave to the refs meant 😂 pic.twitter.com/zZkvkBmUKI

In the end, Curry’s extracurricular motivation spurred his 33-point outburst in a 105-90 win that featured playoff-like intensity.

“I’ve seen him throw the mouthpiece before on TV,” Jordan Poole added, “but I ain’t seen it live.”

Curry’s emotional outburst could be chalked up to the tense atmosphere but also the fact the Warriors were issued three technical fouls in the second half, including one on Juan Toscano-Anderson for barking on the bench. Curry called the tech on Toscano-Anderson “B.S.” and admitted the non-call eventually was a tipping point.

“I thought I got fouled, so I let my emotions go,” Curry said. “And definitely fired me up. Fired our team up. You have to be able to direct that energy into putting the ball in the basket after that.”

It’s not often Steph gets angry on the basketball court. But when he does, get out of the way.

“Every once in a while he’s going to snap,” Warriors coach Steve Kerr said. “He doesn’t do it often, but when he knows he’s right, the competitor in him comes out and he’ll kind of lose his mind a little bit. It often spurs him, like it did in this instance.”

Steph also spearheaded the defense with six steals and the 18-2 Warriors will carry their seven-game win streak into Tuesday’s showdown against the 17-3 Phoenix Suns, who have won a ridiculous 16 straight games.

It has to be considered the most anticipated game of the season so far, as the Warriors and Suns tote the top two records in the NBA. Lucky for hoops fans, the marquee matchup will be followed up by an encore Warriors-Suns game Friday night at Chase Center. 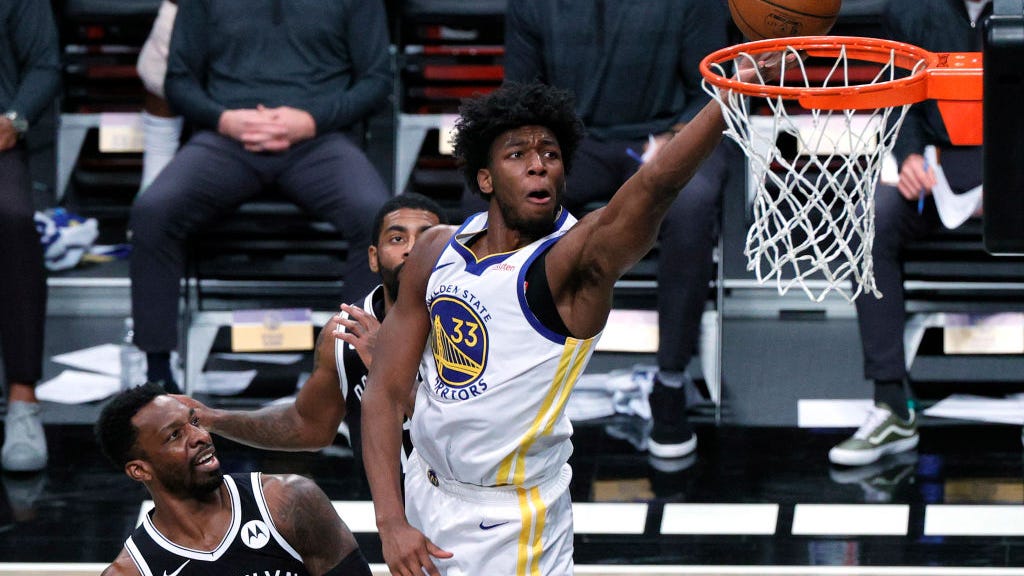 James Wiseman is 'future of our franchise' according to Klay Thompson