The Western Conference Finals will return to San Francisco for Game 5.

The Warriors couldn’t complete the sweep of the Mavericks on Dallas Tuesday night, but the second unit pared a 29-point fourth-quarter deficit to eight points. But did Steve Kerr make the right call bringing in Steph Curry with 3:23 left instead of keeping the same five guys on the floor?

The Athletic’s Anthony Slater joined 95.7 The Game’s “Steiny & Guru” Wednesday to break down the Warriors’ loss in Game 4 and look ahead to Game 5. Check out the full interview above.

“Sure, they could’ve let ‘em finish,” Slater said of the second unit. “But that also would have been 12 consecutive minutes for one group which is a rarity in the league. You try not to do that. I think they just saw a chance – if Steph hits three straight 3s, you’re walking out of there with a stunning win. I get it for Kerr to put (Curry) in, but they didn’t go back to Draymond (Green). You turn Draymond’s engine off, you don’t wanna turn it back on kinda thing. But they’re losing that game, regardless. It was still such a long shot.”

When it comes to Thursday night’s matchup, Slater expects Dallas to unleash a bunch more 3-pointers.

“They need to defend sharper,” Slater said of the Warriors. “That will lead to more Dallas misses. At this point, we’ve watched enough games now, we know Dallas’ game plan – they’re gonna chuck nearly 50 threes tomorrow. But I think the Warriors can do a better job of forcing misses."

Slater also gave the latest on Gary Payton II, who is trying to recover from a fractured left elbow.

"He’s moving that left arm much more freely," Slater said. "I wouldn’t be stunned (if he's back) by Game 1 in the Finals. At this point, I expect to see him in the Finals if the Warriors get there." 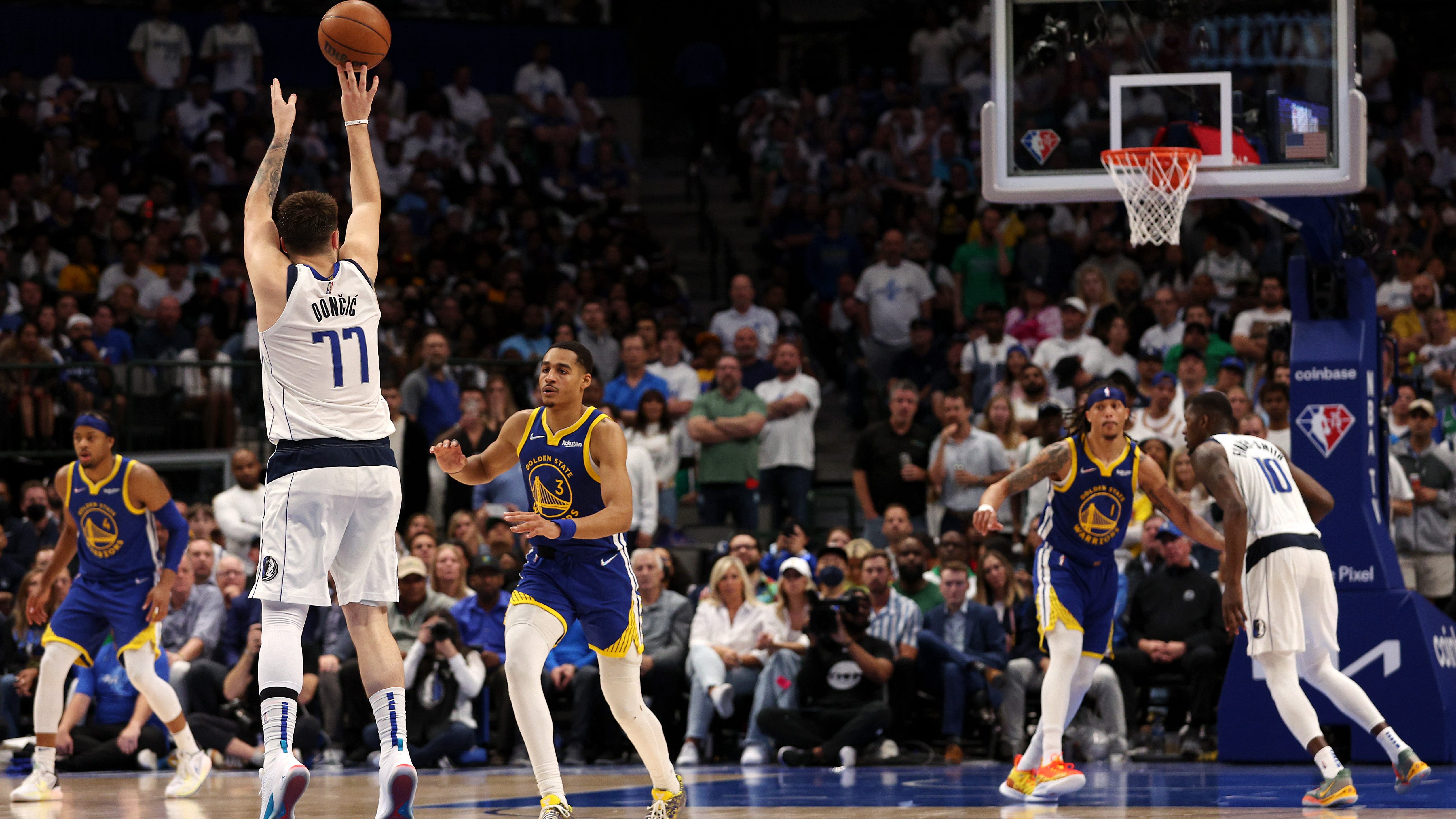 Harlan: Mavs relying so heavily on threes is 'spinning the roulette wheel'