Andrew Wiggins certified his status with Dub Nation in Game 3 of the Western Conference Finals on Sunday, when he threw down an iconic dunk on Luka Doncic in the fourth quarter of a Warriors win.

Wiggins was acquired by Golden State in a 2020 midseason trade to the Minnesota Timberwolves for D’Angelo Russell and a 2021 draft pick that ended up being Jonathan Kuminga. At the time, questions swirled about Wiggins’ commitment and focus. No one ever doubted the former No. 1 overall pick’s raw tools and ability to produce, but Wiggins never got out of the first round of the playoffs in five-plus seasons with the T-Wolves.

Now he finds himself on the verge of the NBA Finals, as the Warriors can punch their ticket with a Game 5 victory at Chase Center. Golden State president of basketball operations joined 95.7 The Game’s “The Morning Roast” Tuesday to reflect on Wiggins’ journey with the Warriors.

“Without him, I don’t know who would guard Luka or who would come close,” Myers said. “There’s that part, that we’re putting him on their best player. But he’s impacting winning. That was the knock on Wiggins – he got his 20 points, he did some nice things, but he didn’t impact the game. Well, that has entirely flipped on its head, that narrative. To see him, another guy that came and had to earn the trust of guys that won championships, he’s fully in the fold now. He’s fully embraced by the guys.”

That’s high praise from Myers, who has helped usher in the Dynasty Dubs era with Steph Curry, Draymond Green and Klay Thompson leading the way. That trio, along with Andre Iguodala, has won three titles and made five straight Finals appearances from 2015-19.

“When a new guy comes on the team and they’re looking around – Wiggins had played in one playoff series in his life, five games,” Myers said. “That’s not a big sample size. I’m sure Wiggins, when you get there, you see the banners, you see guys that have won it and you go, ‘I gotta find my way with this team.’ It’s taken a little bit of time, but now he’s here. No doubt, he belongs.”

Myers and the Warriors heard the doubts, but they figured the risk outweighed the reward.

“We didn’t view it as a big gamble, we really liked him,” Myers said. “But you have to bet on people and you have to bet that your culture and your coaching staff and your players will help elevate other guys. You have to believe that. Otherwise, what do you have? … Happy for Andrew. It’s so good to see him push back on some of things he’s had to hear for years.”

Wiggins dropped a playoff career-high 27 points in Game 3 and locked down Luka in Game 1. It’s hard to imagine Russell having such a two-way impact in the playoffs.

Myers said the Warriors recognized that their backcourt was probably too small in 2019-20 with Russell and Curry.

“We wanted to give the Russell thing a look then we realized defensively it might be tough,” Myers said. “It was gonna be tough with him and Steph. Obviously, Klay was out and we lost all that wing depth. Durant was gone, Iguodala was gone, Klay was injured. We were trying to fill it with minimum switches as possible. That’s why the wing position is valuable in the league. You have to have good ones. Any team that does anything has one. So we saw an opportunity to get a wing that was super talented and a wing that had upside and was obviously maligned, and that’s why he was available.”

Safe to say, it’s all worked out for Wiggins and the Warriors. 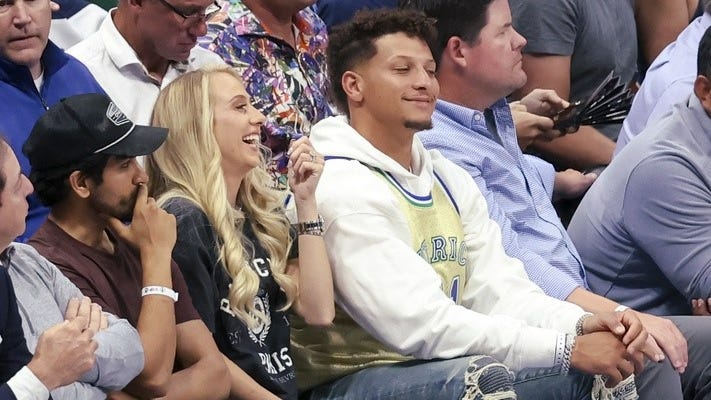