SAN FRANCISCO – The Warriors have some major decisions to make over the next year.

While the 2022-23 roster is mostly set, it will get murky by next offseason. Escalating payrolls and luxury taxes will rise to unprecedented levels if Golden State wants to keep the gang together, but listening to president of basketball operations/general manager Bob Myers, it sounds like something might have to give.

“Well, we want all those guys,” Myers said. “Can we get them all? I don't know. It depends on what the money ends up being, what the ask is, what we can do. We're not at a point to make those decisions yet. Right now, you could make this decision too – we want all of ‘em. Where it ends up? You know, the more I've been in this the more I realized there's no absolutes. I could sit here and say we want this we want that. Some of these decisions may be made in the next two weeks, some might be made in 7-8 months.”

Warriors governor Joe Lacob has said publicly that a payroll upwards of $400 million would be unreasonable, but that’s the trajectory the team is on now. Currently, the Warriors are sitting on a payroll of about $346.4 million with luxury taxes, according to @GSWCBA. That number will go up when the Warriors fill out their 14th roster spot (and possibly 15th), as veteran Andre Iguodala is yet to announce whether he will retire and there are a bunch of young bucks fighting for a roster spot.

Jordan Poole’s rookie contract is set to expire following this season and there’s an Oct. 17 deadline fast approaching for an extension. If the two sides can’t strike a deal by then, Poole would become a restricted free agent next summer, meaning the Warriors would have an opportunity to match any deal he is offered by another team.

The Warriors are set to go on a quick trip to Japan next week for a two-game exhibition series against the Washington Wizards on Sept. 30 and Oct. 1. Once they return, Myers said the Warriors will sit down with Poole’s representatives.

Bob Myers says that the Warriors will meet with Jordan Poole’s representatives after Japan trip to discuss contract situation/extension. pic.twitter.com/lDrfLwXF2K

“We’re gonna meet with his representatives I think after Tokyo,” Myers said. “And sit down for the first time and start having that conversation. I think that’s about two weeks out for the deadline for him. Where that’ll go, I don’t know. I know they want to meet and I know we want to meet. We’ll see what the next two weeks give us.”

Poole enjoyed a breakout season in 2021-22, keying the Warriors to a 23-5 start as the starting shooting guard, before moving to a bench role once Klay Thompson returned. Poole proved himself to be an electric ball handler, deft passer and multilevel scorer with the penchant for the dramatic, as he hit some huge buzzer-beaters during the Warriors championship run. For the year, Poole averaged 18.1 points, 4.0 assists and 2.8 3-pointers made per game while shooting 44.8 percent from the floor and leading the NBA with a 92.5 percent free throw percentage.

Given the other deals given to other young shooting guards this offseason, Poole might have played himself into a contract worth more than $30 million a season. It might behoove the Warriors to get an extension done this offseason before Poole raises his price tag even more.

“Right now, it’s hard to say where this unfolds,” Myers said. “But we like all those guys. It’s a high-class issue in my opinion. Most of the time you struggle to get any players. But to have a lot that you want to keep and that are worthy of getting paid? That’s kinda what you want. We have to see what ends up happening.”

The other two biggest decisions looming in 2023 are what to do with Draymond Green and Andrew Wiggins. Green, 32, has been vocal in his desire for a max contract extension, though he also holds a $27.6 million player option for 2023-24. Meanwhile, the 27-year-old Wiggins is set to be an unrestricted free agent.

Myers said the Warriors have already talked to reps for Wiggins and Green.

“Great,” Myers said of the talks. “The meetings are all great. These are all nice people. Saw (Green’s agent) Rich Paul the other night.”

Steph Curry is due to make nearly $52 million in 2023-24, while Klay Thompson is scheduled to make $43.2 million that season. They’re not going anywhere, but beyond them, Kevon Looney and the youngsters? Who knows. The Warriors also hold a $12.1 million club option on James Wiseman, which will probably be determined by how he plays this crucial season.

In short, enjoy this season, Dub Nation, because some big changes may be afoot by next year.

“The good news for us is I don’t hear anybody that wants to leave,” Myers said. “That’d be a worse problem if they said, ‘I don’t wanna be here. I’m outta here at the end of the year. I don’t wanna be here. Trade me.’ Not hearing any of that. The goal will be to figure it out the best we can.” 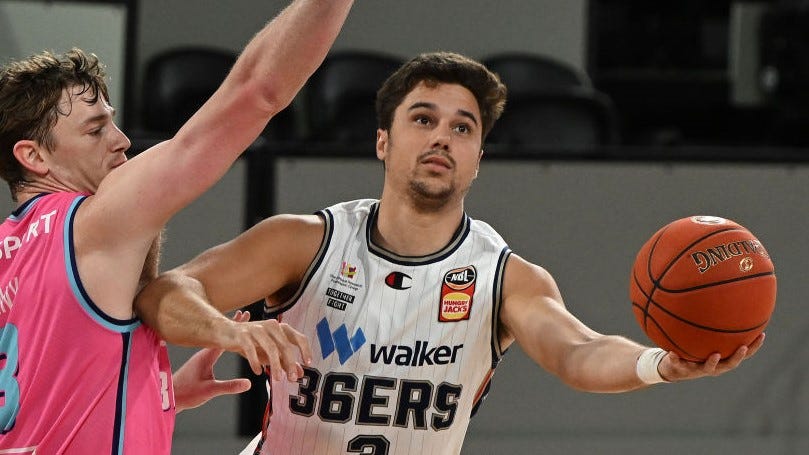